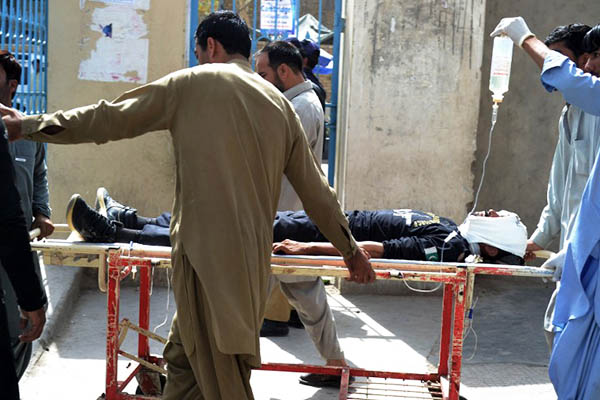 The Islamic State group said on Friday it was behind a roadside bomb that injured 13 in Quetta, the SITE Intelligence Group said, days after a major attack in the city killed 73.

The latest explosion on a bridge in the Balochistan capital on Thursday injured four police personnel and nine passersby, in an attack apparently targeting a judge. SITE reported that the I.S. group claimed the attack on its Telegram channel, al-Bayan Radio and Twitter.

The attack came just days after a suicide bombing at a hospital on Monday also claimed by the I.S. group killed 73 people, most of them senior lawyers gathered to mourn a colleague gunned down earlier in the day.

Quetta is the capital of the mineral-rich province of Balochistan, which is plagued by roiling insurgencies, hit by regular militant attacks and run by political leaders accused of corruption. Lawyers are among the only people shining a spotlight on the province’s many problems and have come under frequent attack.

Monday’s bombing was also claimed by the Jamaat-ul-Ahrar faction of the Pakistani Taliban and analysts have been unclear on whose claim was more credible.

Islamic State jihadists have been struggling to gain a foothold in Pakistan, facing competition from well-established extremist groups such as the Pakistani Taliban.