Home Latest News Islamic State Recruiting, But Not Yet Operational in Afghanistan

Islamic State Recruiting, But Not Yet Operational in Afghanistan 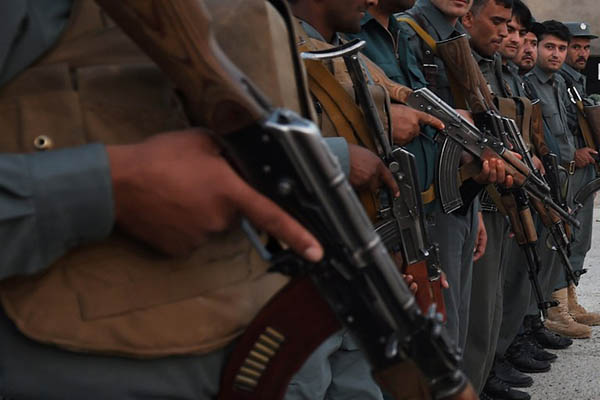 NATO general says the Taliban are rebranding as I.S. to gain more resources and attention.

The Islamic State group is recruiting fighters in Afghanistan, the commander of foreign forces in country has said, but they are not yet operational.

There have been fears of the I.S. group making inroads in Afghanistan since U.S.-led NATO forces ended their combat mission late last year, after 13 years of fighting insurgents.

The Middle Eastern group, also known as Daesh, has never formally acknowledged a presence in Afghanistan and most self-styled I.S. insurgents in the country are believed to be Taliban turncoats rebranding themselves to appear a more lethal force. “What we are seeing is that Taliban are rebranding… and they see this is an opportunity to gain resources and attention,” Campbell said, adding that they were not operational yet.

While some Taliban members may be switching allegiance, the two groups, which espouse different ideological strains of Sunni Islam, are believed to be arrayed against each other in Afghanistan’s restive south, with clashes frequently reported. In February, a NATO drone strike killed Mullah Abdul Rauf Khadim, a former Taliban commander and Guantanamo detainee with suspected links to I.S., in the volatile southern province of Helmand. Local sources in Helmand said Khadim, who returned to Afghanistan after being released from Guantanamo prison in 2007, had switched his fighters’ allegiance to I.S.

Afghan President Ashraf Ghani has repeatedly raised fears that I.S.—notorious for their brutal reign of terror in Syria and Iraq—are making steady inroads into Afghanistan, which is already in the grip of a fierce Taliban insurgency.

Campbell’s remarks come at a time when the Taliban have increased their attacks in the country after launching their spring offensive late last month. It is the first fighting season in which Afghan forces are battling insurgents without the frontline support of U.S.-led foreign troops.

NATO’s combat mission formally ended in December but a small follow-up foreign force has stayed on to train and support local police and troops.