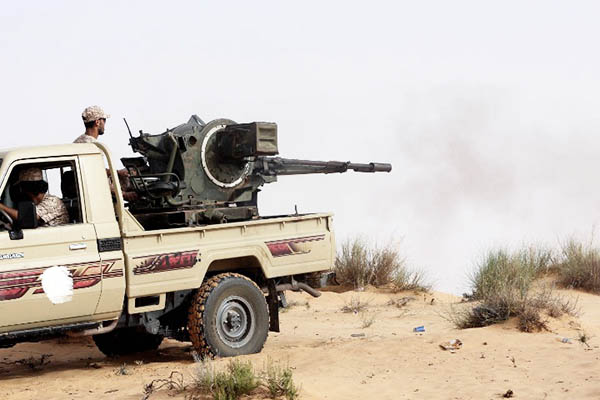 The Sirte airport also doubles as a military base, signifying a major gain by the extremist group.

The Islamic State jihadist group has seized control of the airport in the city of Sirte after forces of a Tripoli-based Libyan government withdrew, a spokesman said Friday.

Mohamed al-Shami, whose government is not recognized by the international community, said its forces pulled out late Thursday from the airport which had “fallen into the hands of the I.S. organization.” He said the forces had pulled out of the airport, which is also a military base called Gardabiya, to redeploy “as part of an operation to secure” areas to the east and west of Sirte.

It was the first time that I.S. in Libya has recorded such a military gain. “After they left, Islamic State group fighters entered the base which had been completely emptied of equipment, except for one military plane which is out of use,” said Shami.

Gardabiya lies 20 kilometers south of Sirte, hometown of late dictator Muammer Qaddafi who was ousted and killed in Libya’s 2011 uprising.

I.S. itself said it took full control of the airport following clashes with forces loyal to the Tripoli government, in a message posted on Twitter. Officials in Tripoli said that I.S. had allied with supporters of the ousted Qaddafi regime to deploy across Sirte, a region that has oilfields.

Sirte has been the scene of several months of sporadic fighting between I.S. and the Fajr Libya militia alliance tasked by the Tripoli government to secure the city.

Shami said the pro-Tripoli forces would launch a counteroffensive to retake the airport once reinforcements arrived.

The city of Sirte has turned into a bastion of Islamist extremist groups. Since Qaddafi was toppled, chaos has gripped Libya, with battle-hardened former rebel groups armed with heavy weapons carving out their own fiefdoms.

Fajr Libya seized control of Tripoli last year and set up a government and parliament opposed to the administration recognized by the international community that has taken refuge in the country’s far east near the border with Egypt. I.S. jihadists have exploited the chaos to gain ground, especially around Sirte, where it first emerged in February.