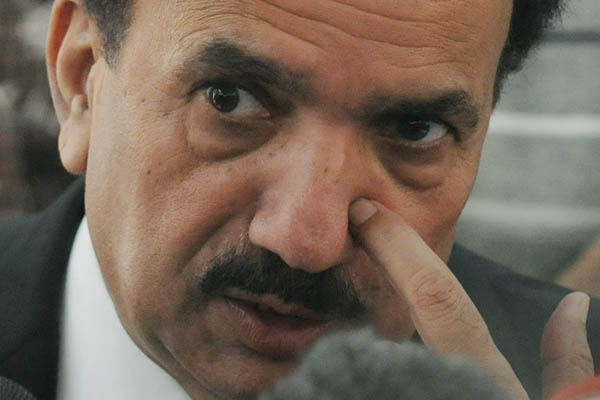 Islamic State militants were behind a brutal attack that killed 45 Ismaili Shia Muslims in Karachi in May, a Pakistani official said on Monday, despite the government’s long-held stance that the jihadist group does not have a presence in the country.

Gunmen stormed a bus in Karachi in May, slaughtering members of the Ismail minority community in one of the deadliest incidents in Pakistan this year.

I.S. swiftly claimed responsibility, marking the first time the militants, who have seized a large swathe of Syria and Iraq and declared a “caliphate,” said they were behind an attack in Pakistan.

However, Islamabad has denied the group were operating in the country, which has been wracked by Al Qaeda and Taliban-linked violence for more than a decade.

In June, intelligence and police officials investigating the Karachi attack had suggested I.S. might be linked through another militant group, Lashkar-e-Jhangvi, the bloodiest and most ruthless anti-Shia outfit in Pakistan. Investigators said the attack may have been carried out by LeJ as it seeks to expand its international influence—and get access to I.S.’s rich funding.

But on Monday Rehman Malik, Pakistan’s former interior minister and the head of a Senate committee on the interior, said I.S. was “100 percent” behind the Karachi attack, citing testimony from the Sindh provincial police chief to his committee.

“I.S. was 100 percent involved in it, the attack was planned from Syria and the attackers were receiving orders from a Pakistani member of I.S. presently in Syria,” Malik told AFP after the Monday meeting where the Sindh police chief testified. “So far 14 people belonging to I.S. have been arrested in Pakistan.”

When contacted, a spokesman for the interior ministry said he has not seen the testimony so he was not in a position to comment.

Malik said Abdul Aziz, the alleged mastermind of the attack, is from Jehlum in Punjab province, and lived in interior Sindh for some time before moving to Syria.

Security analyst Imtiaz Gul said Islamabad’s claim that I.S. was not operating in the country was “unrealistic.”

“There are people from Tehreek-e-Taliban Pakistan (TTP) and other militant groups who fight in Pakistan and Afghanistan for money and I.S. is an attraction for these people,” said Gul. He said LeJ was also inclined toward I.S., but he added that these people fight for money and have no religious agenda. “Militants from TTP and LeJ are fighting for I.S. for the sake of more money,” Gul said.

In May, Sindh chief minister Qaim Ali Shah announced that four “highly educated” suspects had confessed their involvement in the Karachi bus attack, including a graduate of the city’s prestigious Institute of Business Administration.