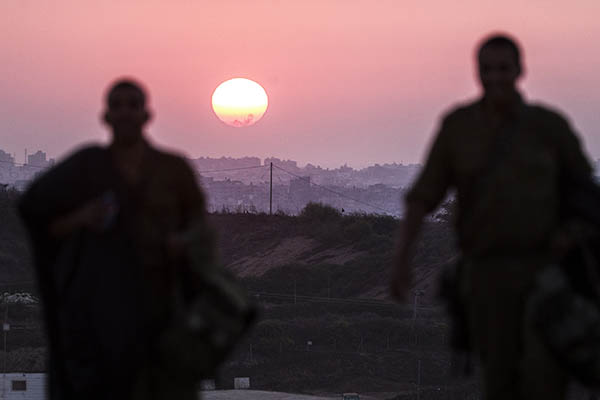 No criminal charges files, as army claims the case was a ‘tragic accident.’

The Israeli army said on Thursday that it was dropping proceedings over a July 16 bombing of a Gaza beach where four children died during last summer’s war.

In a statement posted to Facebook, military spokesman Lt. Col. Peter Lerner claimed the incident “took place in an area that had long been known as a compound belonging to Hamas’s Naval Police and Naval Force [including naval commandos], and which was utilized exclusively by militants.”

Cousins Ahed Atef Bakr and Zakaria Ahed Bakr, both aged 10, nine-year-old Mohamed Ramez Bakr and 11-year-old Ismail Mohamed Bakr were playing on the beach in Gaza City when they were hit in strikes witnessed by journalists staying at a beachfront hotel. The incident is among those likely to be presented by the Palestinians to the International Criminal Court as evidence of alleged Israeli war crimes.

On Jan. 16 the ICC announced “a preliminary examination” into Israel’s actions over a period including the Gaza war in which about 2,200 Palestinians were killed, mainly civilians. On the Israeli side 73 people were killed, of them 67 soldiers.

On April 1 the Palestinians acceded to the ICC with the goal of trying Israeli leaders over alleged abuses in the Gaza war and alleged crimes relating to the occupation of the West Bank and east Jerusalem. But the Israeli military has expressed confidence that its own internal probes will be sufficient to head off action by the Hague-based court.

Thursday night’s statement said the military was also closing the files on the July 21 air raid on a residential tower block in central Gaza City, in which it said 15 people were killed, and a July 29 strike on the southern town of Khan Yunis which took the lives of several members of the same family. It said that military authorities had ordered criminal investigations into the deaths of nine people in an attack on a Khan Younis cafe on July 9 and into other allegations of abusing a detainee and unlawfully firing at a medical clinic. It also said charges were filed over alleged looting of Palestinian property by Israeli soldiers.