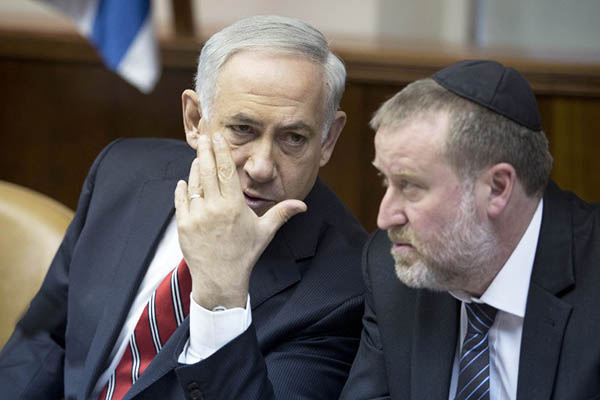 Senior minister says ‘all options’ are on the table if Tehran does not show flexibility on key nuclear issues.

Intelligence Affairs Minister Yuval Steinitz warned Thursday that Israel could act unilaterally against Iran over its nuclear drive, saying Tehran has failed to make concessions in talks with world powers.

“I won’t be too specific but all options are still on the table,” Steinitz told reporters. “We never limited Israel’s right of self-defense because of some diplomatic constraints,” he said.

Significant gaps remain between Iran and the P5+1 world powers on specific measures to end a 12-year standoff on Tehran’s nuclear program. Two deadlines for a permanent agreement have already been missed, since an interim accord was struck in November 2013.

The P5+1—Britain, China, France, Russia, the United States and Germany—have now set a March 31 deadline for a political agreement. It would be followed by a final deal setting out all the technical points of what would be a complex accord by June 30

Iran denies seeking an atomic bomb and says its nuclear program is for peaceful energy purposes.

Steinitz said Iran has so far shown little or no flexibility on key issues such as uranium enrichment, destruction of related infrastructure and the fate of its Arak nuclear reactor and Fordow secret underground enrichment facility. “Its a gloomy picture,” said Steinitz, adding that he discussed it at last week’s security conference in Munich with International Atomic Energy Agency chief Yukiya Amano. “The Iranians didn’t move much … therefore we are so disturbed,” he said. He said the agreement being thrashed out was “full of loopholes.”

“If there is no agreement there is not agreement, but since we hear some optimism on both sides it seems to us that if there is an agreement by the end of March this means an agreement without Iran moving to significant progress. If this is the picture, how much can it change in one month?”

U.S. Secretary of State John Kerry met his Iranian counterpart Mohammad Javad Zarif at the Munich conference and stressed Washington’s commitment to seeing the deadline met. On Tuesday, Prime Minister Benjamin Netanyahu admitted he has a “profound disagreement” with U.S. President Barack Obama over the Iranian nuclear issue. Washington and Iran are now seen as the key players of any potential deal.