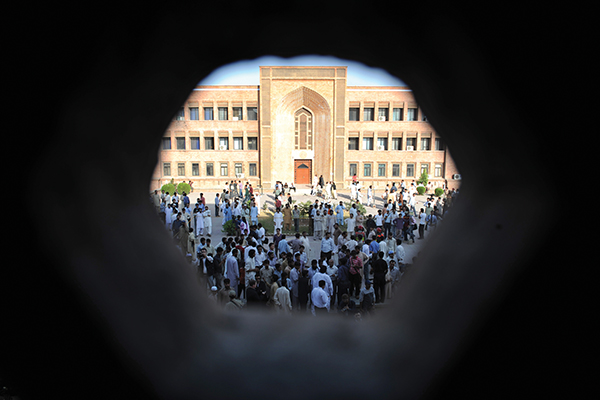 In Pakistan, being called an Israeli “agent” is worse, even if marginally, than being labeled an American or Indian one. So the International Islamic University, Islamabad, probably should have seen it coming. It’s aborted three-day Women’s International Model United Nations “Global Village” festival, which began on Oct. 24, has led to the sackings of a dean and a faculty adviser and disciplinary proceedings against five students. The issue? Students have to represent different countries at the Model U.N. and some had sacrilegiously put up a stall representing Israel, which, according to some reports, Iranian and Palestinian diplomats visiting the event fervidly objected to, paving the way for the on-campus student wing of the Jamaat-e-Islami to raise hell. The stall was torn down and the final day of the festival was cancelled for security reasons. The university’s contrite distancing act has segued into conspiracy territory. It is apparently blaming the Israel stall on “outsiders.” As far as Pakistan goes, this is par for the course.