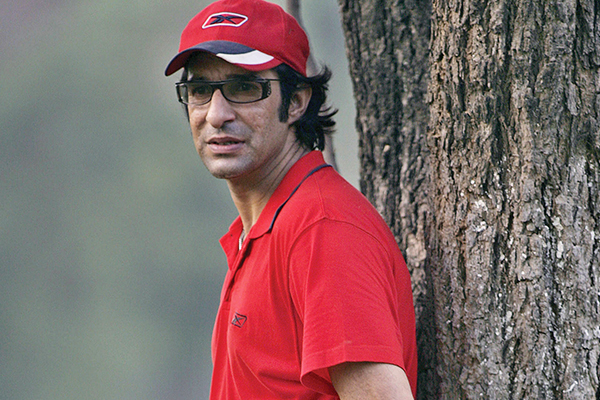 Our interview with cricketer Wasim Akram

Pakistan cricket great Wasim Akram is no stranger to controversy. In 2000‚ the former skipper was fined by a judicial commission for throwing matches. We spoke with the sport celebrity for his thoughts on the “spot fixing” scandal broken by The News of the World‚ a British tabloid‚ and that has recently hit the national cricket team. Excerpts:

You have been praiseful for Mohammad Amir‚ who considers you his idol. How do feel about the allegations that have surfaced against him?

I was the one who spotted Amir at a cricket camp about three years ago‚ and had predicted that he would play for Pakistan for at least a decade and a half. I think we as a nation already consider [the cricketers named in the scandal] guilty for some reason. If the players were not involved‚ they should have at least said‚ “We don’t want to play cricket until you clear our names.” But everybody is quiet‚ and that means something is wrong. If Amir is involved‚ it would be a great loss to our country.

Are Pakistani players more vulnerable to such controversies because they are not paid enough?

Pakistani cricketers make peanuts. A top player must be on at least $30,000 a year. The cricket board has the money‚ and they got that money because of the cricketers. The players should be paid enough so that the younger generation doesn’t even go close to [such] controversies. After that it is the board’s job to create awareness in the youngsters. When I was playing‚ I wanted to learn about every culture. For the last six years‚ when Pakistan goes on tour‚ they get free food from the Pakistanis living there. They eat in their rooms‚ and the next morning they go to the stadium to play. They don’t have awareness. When I was there, the Pakistan team would not eat in their hotel rooms. They’d have to go out and eat. No one instills this awareness in the team. There is no system put in place by the board.

You were mentored by Imran Khan‚ who maintained strict discipline in the team. Has the lack of leadership affected the team?

There are hardly any mentors. But again, the management is there to teach them [and] should keep an eye on the players—especially the kids. They have to be taught how to behave‚ how to pick friends. I was controversial‚ but I learned [from my] mistakes. [Pakistani-Briton Mazhar Majeed‚ the businessman at the heart of the latest scandal] came to me during the 1999 World Cup. We were in Derbyshire. He offered me girls. He offered me everything to come to his room. I knew who he was, and I told him to go to hell! On the other hand‚ look at Asif. He gets done having steroids, he’s forgiven. Then he’s caught with hashish‚ he’s forgiven. Then he does something else‚ he’s forgiven. They need more discipline‚ consistent discipline.

What is the solution?

If someone is found involved in the current scandal‚ make an example out of him. It’s not difficult to monitor their accounts‚ where the money is coming from‚ whether it’s from the board or from the sponsors.

You were fined by the Justice Malik Qayyum Commission for involvement in match-fixing. How do you feel about that episode?

That report was one-sided. They called me twice to court‚ and asked me nothing. This [only] happened because jealous players talked against each other. I was much bigger than everybody else around me. [The then cricket team] rebelled against me in 1994. I resigned from the captaincy‚ went on tour and got 27 wickets in three Test matches. And then I became captain again in 1996. [The match-fixing controversy] was “created.”

I was the highest-paid cricketer in those days. I didn’t look anywhere else [for gains] because I was on top of my game. You think they didn’t check my accounts? When we lost the 1999 World Cup final‚ I was called in by the National Accountability Bureau. They interrogated me for days‚ from 9 a.m. to 6 p.m. They asked about everything‚ my account details‚ where the money came from.

What is the future of cricket in Pakistan?

It looks very grim. Forget any team coming here for the next three to four years. And now this scandal has rocked the game big time. It is very depressing, especially as there is so much talent in Pakistan.

Senate Polls Should be Open Ballot to Curtail...