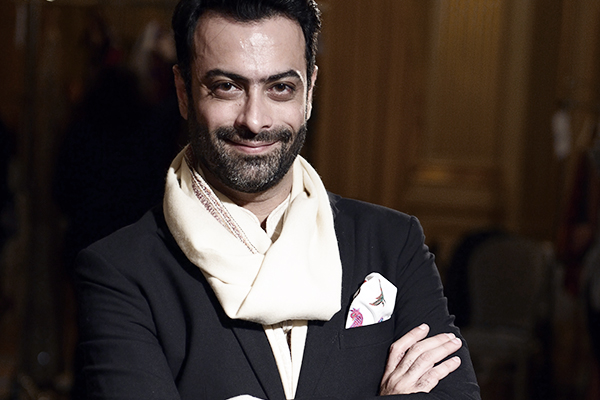 Pakistan’s fashion industry resents its linking to the fight against Talibanization.

Mention the Taliban to fashion designer Kamiar Rokni and his irritation is clear. “One of the things we feel diminishes our work is whenever our story is linked to Talibanization and whether we are doing this to fight extremism,” he said in Paris, where he was for a fashion show. “We’re not. We’re doing this for the business of fashion!”

Tired of the country’s bombs-and-burqas image, Rokni is far from alone in his desire to see fashion for fashion’s sake. However, he admits that certain precautions are unavoidable and the locations of fashion shows are never disclosed in advance. “It’s the one thing we do to protect ourselves,” said Rokni who runs his House of Kamiar Rokni label with two cousins. “Apart from that you just have to have faith and carry on.”

Fellow designer Hassan Sheheryar Yasin, founder of the HSY label, is equally keen to distance himself from any political motive. “We’ve been lumped up with a very bad dark cloud that’s been over our heads … but this really isn’t our war,” he said. Extremism aside, the designers say Pakistani fashion is finally starting to establish itself.

From an industry made up of just a handful of designers and models in the early 1990s, it has flourished and boasts regular fashion shows in Lahore and Karachi that attract foreign buyers. Its leading figures are gossip-column and glossy-magazine staples and not afraid to court controversy.

One designer, Safinaz Muneer, sparked outrage last year when she told Hello! Pakistan that Pakistani employees could spend 1,500 hours on embroidery that “will cost you nothing.” The row failed to dent sales and the designer denounced critics demanding to know what they had contributed to the industry.

Rokni and Yasin, both graduates of the couture-focused Pakistan School of Fashion Design in Lahore, are evangelical about what the country has to offer, citing the Zardozi embroidery technique, which uses gold thread, beads, and seed pearls to embellish fabric. “The world gets their embellishment done from India but when you see the clothes that are hand embellished in Pakistan it’s arguably some of the best in the world,” said Rokni. “It’s generally a South Asian tradition and the skills are very much alive here.”

The Lahore school, now known as the Pakistan Institute of Fashion and Design, was established in 1994 with the aim of giving Pakistani textiles a competitive edge in a global market. Textiles contributed 7.4 percent to GDP in 2011 accounting for over half of all exports, worth around $11 billion. “Our fashion school was primarily to develop us into making value-added products for the textiles industry but our fashion industry also started to develop and flourish,” Rokni said.

Yasin describes his clothes as “uber-masculine with a touch of the contemporary,” summing up his signature style as “rock, royal, gent.”

“That’s ‘rock,’ for rock star; ‘royal,’ all the embellishments; and ‘gent’ meaning very classic so the blazer is 100 percent wool cashmere,” he said. He also dismissed as out of date the image of Pakistan as a place where men only ever dressed in the traditional shalwar kameez.

In fact, he said, well-off Pakistani men in the 25-35 age group were increasingly interested in fashion, irrespective of whether they opted for western or traditional styles. “Our clone culture—where we used to seem like clones in white shalwar kameez—has started to fade away very rapidly,” Yasin said.

Few would deny that Pakistani fashion still has a long way to go to reach even the majority of the middle class, let alone poorer sections of society. But an appreciation of fashion can sometimes be found in unlikely quarters, added Mohsin Ali, a member of the targeted minority Hazara community from Quetta.

Ali set his sights on a career in fashion after learning about the Lahore school from a television program. But his father, a Muslim preacher, was horrified at the prospect of his son dressing women in revealing clothes and having physical contact during fittings. “There was a little bit of a drama from the family,” he said. There was, however, such a positive reaction from the Hazara after media coverage of his designs—described by fellow designers as “ethnicity on speed”—that his father dropped his opposition.

“The Hazara are really not given any importance in Pakistan so it was a proud moment for me to represent them because the designs are inspired by the culture,” he said. “Now lots of people go to [my father] and say ‘we saw him on television and we are truly proud.’ For him it’s far more than working with girls, the whole meaning has changed,” he said.