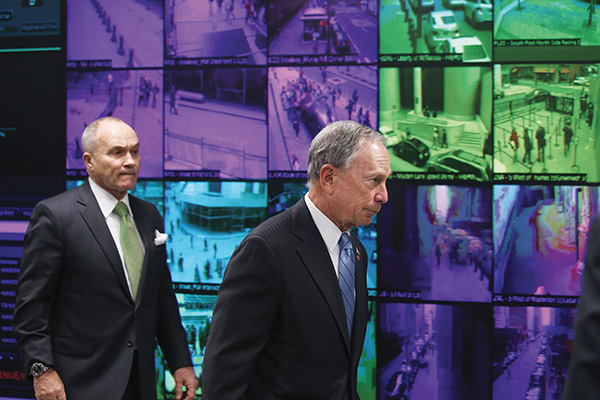 The false comparison between the U.S. and Orwell’s dystopia.

[dropcap]A[/dropcap]fter leaker Edward Snowden revealed the existence of massive domestic-surveillance programs operated by the U.S. National Security Agency, the airwaves were clotted with pundits and politicians summoning a man with whom they appeared to possess only a passing familiarity. George Orwell, author of the dystopian classic 1984, warned of an all-knowing, all-seeing totalitarian state. We now know, they claimed, that it was a prescient observation. American readers, too, saw the parallels. With the Snowden disclosures dominating the news cycle, Amazon.com sales of 1984 increased 6,021 percent in a single day.

The NSA revelations fortuitously fell on the 64th anniversary of 1984’s publication, but while this coincidence was widely noted, the mania for Orwell followed a recent trend of supposedly prophetic books vaulting up the bestseller lists. In 2009, it was the glutinous and didactic prose of Ayn Rand, whose phonebook-size attack on collectivism, Atlas Shrugged, sold briskly during the financial crisis. With the imprimatur of TV doom-monger Glenn Beck, Friedrich Hayek’s 1944 anti-collectivism treatise The Road to Serfdom reached No. 1 on Amazon. (Former Obama administration official Cass Sunstein, a frequent target of Beck’s ire, compared his television show to the “Two Minutes Hate” described in 1984.)

The claim that the United States has transformed into Orwell’s Oceania isn’t new. Indeed, in 1959, just five years after the death of Josef Stalin, Soviet cultural officials praised Orwell’s anti-Soviet masterpiece. The book wouldn’t legally be available in the Soviet Union for another 30 years—it only existed in samizdat form, translated, typed, and copied by dissidents—yet Kremlin propagandists recast the story of Winston Smith’s futile revolt against “Big Brother” as a premonition of “America in 1984.”

“There is a striking similarity between what [Orwell] described in 1984 and what is going on in the United States [today],” said an official Soviet newspaper. According to Orwell scholar John Rodden, in post-Stalinist Russia 1984 was presented both as dangerous propaganda and piquant literary warning that the FBI and CIA would “tap Americans’ telephones and invade their privacy.” “Already today Americans live, so to speak, under a glass cover,” according to one un-ironic Russian review of the book, “and are viewed from all sides.”

This was, of course, nonsense. The anti-Soviet dystopianism of 1984, which also mined Orwell’s strident antifascism and anti-imperialism, was so perfectly drawn that Russian dissidents were often stunned to discover that he had never lived—or visited—the Soviet Union. It so resonated with those who lived under totalitarianism that, in the phrase of socialist writer Isaac Deutscher, the book became “an ideological super weapon,” one that illiberal governments could defuse only with blanket prohibitions of its publication.

The idea that Orwell’s super weapon applies to Obama’s America is ubiquitous and bipartisan. Former Alaska governor Sarah Palin, who likely wouldn’t know Winston Smith from Winston Churchill, told an audience that “now more than ever it just seems so Orwellian” in Washington, D.C. On the cover of its latest issue, The New Yorker depicts Uncle Sam peering into American bedrooms; the artist told the magazine that “George Orwell’s ghost is shaking his head saying, ‘I told you so.’” Al Jazeera asked if “Obama [is] going beyond Orwellian,” which, a reader of 1984 might note, would necessitate the establishment of a Khmer Rouge-like state in America.

So prevalent is the Orwell invocation that Homeland Security Secretary Janet Napolitano was forced to deny that the United States was becoming a nation of Winston Smiths. “I think people have gotten the idea that there’s an Orwellian state out there that somehow we’re operating in,” she told an interviewer. “That’s far from the case.”

If you are invoking Orwell in a country in which 1984 can be freely deployed as a rhetorical device, you likely don’t understand the point of the book.

The information leaked by Snowden should cause alarm as should the loose legal oversight governing the NSA’s massive data-mining campaign. Nevertheless, the invocations of Orwell are not unlike Bush-era claims of an emerging strain of American fascism, or the Tea Party’s frequent panting that Obama is indistinguishable from Fidel Castro. A few points of similarity, like the monitoring of huge amounts of data without sufficient congressional or legal oversight, do not establish the literary analogy. The rule here is simple: If you are invoking 1984 in a country in which 1984 is available for purchase and can be freely deployed as a rhetorical device, you likely don’t understand the point of 1984.

This is the reason that The Nation’s declaration America has become a “modern-day Stasi state”—an idea negated by the not-insignificant fact that such a criticism wouldn’t have been legally allowed in East Germany—is so absurd. Also absurd is the heavy breathing of historian (and Oliver Stone coauthor) Peter Kuznick, who recently told an audience he felt he was living in the “United Stasi of America.” (In East Germany, a close approximation of Orwell’s nightmare surveillance state, the country’s culture minister claimed 1984 was an acid commentary on “the [West’s] multinational firms and their bloodhounds,” though possession of the book was a crime.)

Indeed, 1984 is a book not only about surveillance but also the full-spectrum dominance of Stalinist totalitarianism, from the government-directed corruption of language (“war is peace,” “freedom is slavery,” “ignorance is strength”) to absolute control of information and historical inquiry. Such states exist, like the truly Orwellian state of North Korea, where all apartments are fitted with radios offering a single government station and no off-switch, but they bear little resemblance to contemporary America.

In his 1941 essay “England Your England,” Orwell took pains to highlight this distinction. While identifying the U.K.’s numerous “barbarities and anachronisms”—and even declaring the country not a “genuine democracy”—he argued that these defects meant that ideas like “democracy is ‘just the same as’ or ‘just as bad as’ totalitarianism” were colossally wrong, employing fallacious “arguments [that] boil down to saying that half a loaf is the same as no bread.”

And none of those summoning 1984 have mentioned—or seem aware—that, as the Cold War heated up, Orwell himself provided a list of influential communist “fellow-travelers” in Britain to a division of the British Foreign Office tasked with countering Kremlin propaganda. When the list was revealed in 1996, The Daily Telegraph wrote, “To some, it was as if Winston Smith had willingly cooperated with the Thought Police in 1984.” While his defenders are certainly correct to view his communications with the British government as largely benign, and hardly the stuff of McCarthyite “lists,” it certainly complicates the idea of Orwell as a purist civil libertarian.

But Orwell’s complexity evaporates in the political struggle for ownership of his soul; his work endlessly adduced in service of various liberal, libertarian, and conservative causes. The promiscuous use of 1984 comparisons, Kremlinologist Robert Conquest once noted, demonstrated an ignorance of both Orwell’s intentions and worldview: “To apply Orwell’s highly specific totalitarian terror-falsification concepts to assorted Western notions is to dilute, indeed to stultify, Orwell’s point … Above all, this sort of thing distorts Orwell’s view of the totalist terror state as something distinct and different from our own imperfect societies—indeed, something to be resisted at all costs.”

We are engaged in a robust debate around Snowden’s disclosures, as newspapers fearlessly publish more top-secret documents purloined from the NSA. Which can only mean that, whatever America’s imperfections, it isn’t 1984.

U.S. to Collect DNA of All Undocumented Migrants