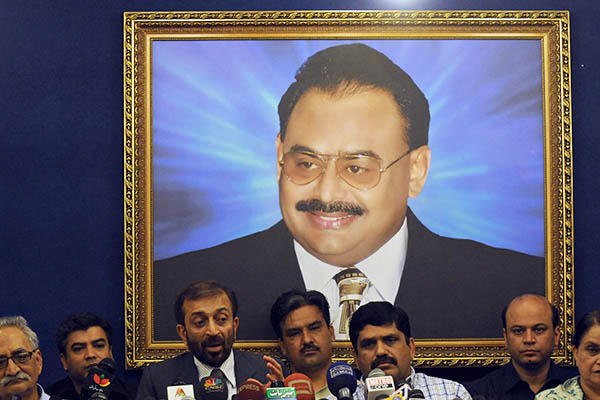 At least 15 people, including three parliamentarians, injured in gun-and-grenade attack.

An offshoot of the Pakistani Taliban on Saturday claimed responsibility for an attack on a political party camp in Karachi, which wounded at least 15 people.

Ehsanullah Ehsan, spokesman for the Jamaat ul Ahrar faction of the Tehreek-e-Taliban Pakistan, said the attack was in revenge for the arrest and killing of Taliban members in Karachi. “We will keep on targeting MQM, Awami National Party (ANP) and Pakistan Peoples Party (PPP) in Karachi,” he said by telephone from an undisclosed location.

He said the injured were moved to the government-run Abbasi Shaheed hospital adding that all were in a stable condition. The incident was confirmed by other police officials and members of the MQM.

Hours later, the party chief Altaf Hussain addressed his workers in Orangi town via telephone from his office in London and condemned the incident. “Cowardly attacks like this cannot deter our courage,” he said urging his party workers to stand united and continue peaceful struggle for the party goals.