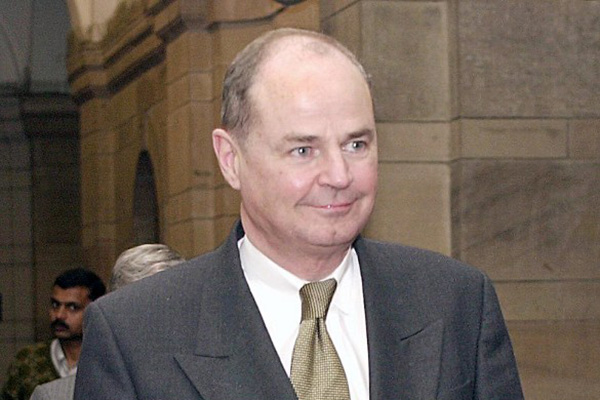 Decision taken, but it is still unclear when Dobbins will take the post.

U.S. Secretary of State John Kerry on Friday nominated veteran diplomat James Dobbins as the new special envoy to Afghanistan and Pakistan at what he called “a pivotal moment” for the two nations.

Dobbins, who has served in difficult posts such as Kosovo and in 2001 raised the U.S. flag over the embassy in Kabul after the fall of the Taliban, will be taking up a job once held by Richard Holbrooke, Kerry said in a statement.

The post of special representative to Afghanistan and Pakistan has been vacant since Marc Grossman stepped down in December. Grossman had come out of retirement to take the job after Holbrooke’s sudden death in December 2010.

“This is a pivotal moment for both Afghanistan and Pakistan, with interconnected political, security, and economic transitions already under way in Afghanistan, and Pakistani elections just days away, marking an important and historic democratic transition,” Kerry said. The top U.S. diplomat said he had made it a priority to find the right person for the job, adding that Dobbins would “continue building on diplomatic efforts to bring the conflict to a peaceful conclusion.”

Dobbins was special envoy to Afghanistan under former president George W. Bush and represented Washington at the Bonn conference that helped establish an Afghan government after the Taliban was driven from power. A former assistant secretary of state for European affairs, he has worked in hotspots such as Bosnia and Haiti, and Kerry praised him as “one of our nation’s most accomplished diplomats.”

His appointment “reaffirms this government’s commitment to the key national-security priority of ensuring Afghanistan and Pakistan are secure, stable, and prosperous nations.”

Kerry called Afghan President Hamid Karzai and Pakistani leader Asif Ali Zardari as well as Pakistan’s Army chief, Gen. Ashfaq Kayani, on Friday to inform them of the decision, but it was not immediately clear when Dobbins would take up the post. He will not need Senate confirmation though, and U.S. officials said it was expected that he would make his first trip to the region soon.