Home Lightbox Jaw-jaw at the ICJ

Jaw-jaw at the ICJ 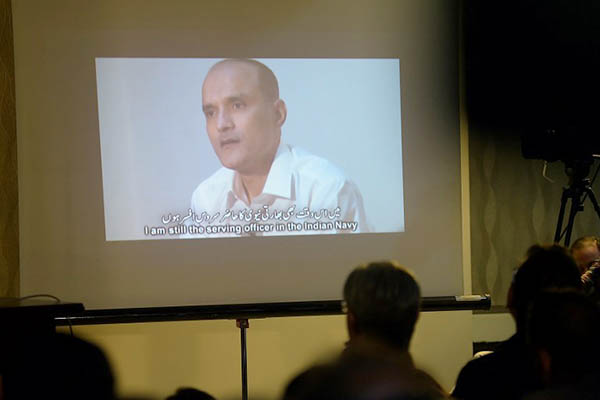 Is it India’s turn to pay the costs for an expensive trial?

India has gone to the International Court of Justice (ICJ) at The Hague to prevent Pakistan from hanging Kulbhushan Jadhav, the Indian spy arrested in Balochistan last year, pleading consular access to him. Pakistan has argued that the court has no jurisdiction under the Vienna Conventions on treatment of enemy prisoners. Most commentators in Pakistan expect Islamabad to win the case but believe the country may find it hard to hang Jadhav and could be forced to bargain with India over a kidnapped ex-ISI officer now believed to be in Indian custody.

In June 2000, Pakistan made the mistake of approaching the ICJ to seek $6.2 million as compensation from India for shooting down a non-combatant aircraft within Pakistani territory and killing 16 personnel in 1999. Unfortunately, 14 of 16 judges ruled the court had no jurisdiction in the matter and Islamabad was forced to pay the costs for the trial, including the fees of the expensive lawyers hired by India.

The ICJ has often been humbled by the principle of state sovereignty. If a state doesn’t want to be prosecuted it can define the cases it will not respond to under the Optional Clause in its statute. The registrar of the ICJ had told Pakistan: ”The Court is forbidden by its Statute and jurisprudence from exercising its jurisdiction in a case in which the parties have not given their consent. It is on this basis that the Court has reached its judgment.” The verdict had also referred to the Simla Accord of 1972 and the Lahore Declaration of February 1999 under which India and Pakistan were morally obliged to settle their disputes bilaterally “in light of Article 2 of the U.N. Charter.” After the expensive jaw-jaw at The Hague, most probably it’s India’s turn to pay costs.