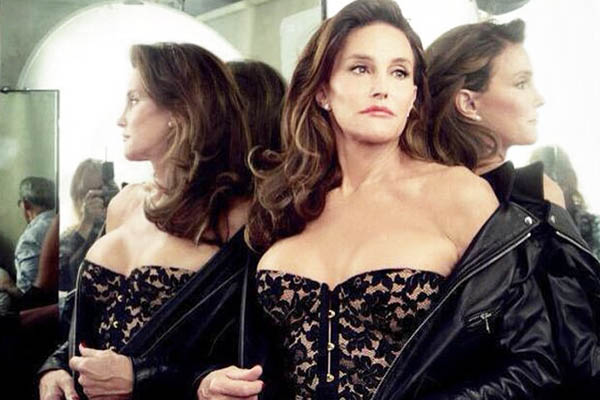 Lesbian, gay, bisexual and transgender campaigners—and many well-wishers—welcomed the high-profile debut, as did the 65-year-old Jenner’s family, which includes the media-savvy celebrity Kardashian clan.

“I’m so happy after such a long struggle to be living my true self,” Jenner wrote in her first tweet after the magazine released the July cover photo by celebrity photographer Annie Leibovitz. “Welcome to the world Caitlyn. Can’t wait for you to get to know her/me,” added Jenner, who sported a cream-colored strapless bodysuit and long brown hair for Vanity Fair’s July issue.

In a video clip of the photo shoot on the magazine’s website, Jenner said: “Bruce always had to tell a lie. He was always living that lie. Every day, he always had a secret, from morning till night. Caitlyn doesn’t have any secrets.” The reality TV star went on to say: “As soon as the Vanity Fair cover comes out, I am free,” she said.

“Caitlyn Jenner” and the hashtag #CallMeCaitlyn quickly rocketed to the top of the Twitterverse as the top trending topic in the United States and worldwide. Jenner broke Obama’s Twitter record for the shortest time to reach one million followers, achieving the mark with her @Caitlyn_Jenner account in four hours and three minutes.

Obama—who joined Twitter as @POTUS only last month—took about 4.5 hours to reach the one million mark. “Another Jenner world record, and at 65. Who’da thought! Humbled and honored to have reached 1M followers in 4 hours. Thank you for your support,” she said in only her third tweet.

Jenner was widely praised for revealing in a television interview broadcast in April that she was transitioning to life as a woman, earning praise for coming out as transgender.

LGBT groups hailed Jenner’s Vanity Fair cover story. “By sharing her journey with the world, Caitlyn Jenner is accelerating acceptance of transgender people everywhere and reminds us all how important it is to live as your most authentic self,” GLAAD head Sarah Kate Ellis said. “For a transgender person to step into the world as his or her authentic self is a moment of tremendous freedom,” said Nick Adams, GLAAD’s Director of Programs, Transgender Media. “The world can now see what Caitlyn Jenner has always known, that she is—and always has been—a woman.”

Jenner’s family quickly rallied around her on Twitter. “How beautiful! Be happy, be proud, live life YOUR way!” wrote Kim Kardashian, Jenner’s stepdaughter and fellow reality television star. The outpouring of support on Twitter also included a message from Valerie Jarrett, senior adviser to Obama and chairwoman of the White House Council on Women and Girls.

“Nice to meet you, @Caitlyn_Jenner. The brave choice to live as your authentic self is a powerful example to so many,” she wrote.

Jenner became an American sports hero by setting a world record in the decathlon in the 1976 Olympics. But it was through a previous marriage to Kris Kardashian that Jenner once again became a household name with the reality TV series Keeping Up with the Kardashians, appearing as the sometimes bemused stepfather of her flamboyant daughters.

The couple married in 1991 and have two daughters together, Kendall and Kylie. They recently divorced.

Model Kendall Jenner wrote on Twitter Monday: “Be free now pretty bird.” Khloe Kardashian, another of Jenner’s step-daughters, wrote on Instagram: “We were given this life because you were strong enough to live it! I couldn’t be prouder!!! Caitlyn, You are beautiful!!!”

As well as the online accolades, Jenner will also receive a real-world one: sports channel ESPN announced it will give the Arthur Ashe Courage Award to the transgender star later this month. “Being honored with this award, which is named after one of my heroes, is truly special. For the first time this July, I will be able to stand as my true self in front of my peers,” Jenner said in response to the ESPN announcement.