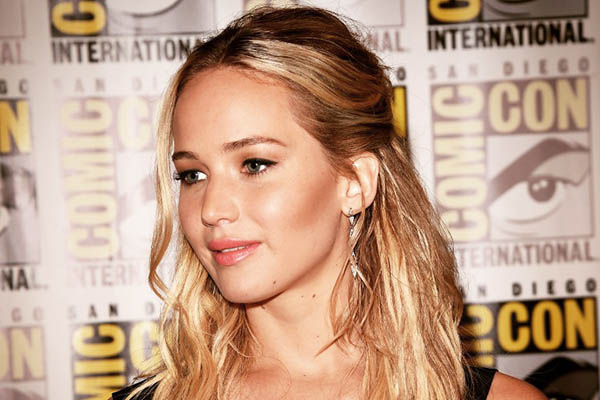 Only four women, compared to 21 men, made more than $20 million from their acting and endorsements.

The odds really were in Jennifer Lawrence’s favor last year as she raked in $52 million, topping a ranking of the highest-paid actresses by a wide margin.

The Hunger Games star easily surpassed the $35.5 million second-place Scarlett Johansson earned over the past 12 months, according to Forbes magazine’s annual estimates of the earnings of Hollywood’s top female stars, released Thursday.

All told, four women made more than $20 million from their acting and endorsements, before taxes and fees, while 21 male actors did, underlining a lingering pay gap in Tinseltown. Forbes pointed to the discrepancy in profit cuts between the male and female, including Lawrence, actors in the 2013 film American Hustle as an example. The male leads were reported to have taken home a two percent higher cut than the female leads.

The magazine also noted the lesser number of female lead roles in general, saying it was rarer for women to score the sort of big blockbusters that command huge deals won by some male counterparts, for instance Tom Cruise in Mission: Impossible or Robert Downey Jr. in Iron Man.

Downey Jr. blew away his male counterparts in Forbes’ rankings of the top-paid male stars, released earlier this month, raking in $80 million.

At 25, Lawrence is one of the youngest stars in Hollywood. She won an Oscar for her role in the 2012 comedy Silver Linings Playbook. Many more established actresses, such as Julia Roberts, Jennifer Aniston and Sandra Bullock—last year’s highest-earning actress—got most of their earnings over the past 12 months from endorsements rather than movies.

One international star made the 2015 list—Chinese actress Fan Bingbing.

The complete list included all the actresses Forbes estimated to have earned more than $6 million: