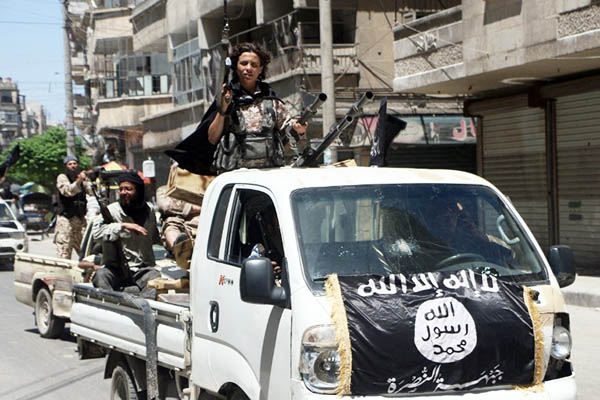 The U.S. killing of Al Qaeda’s second-in-command has dealt a blow to the extremist network but with the rise of the rival Islamic State group the global jihadist threat remains, analysts say.

Al Qaeda in the Arabian Peninsula (AQAP) confirmed in an online video dated June 15 the death of its leader Nasir al-Wuhayshi in a U.S. drone strike in southeast Yemen last week. The White House hailed Wuhayshi’s death as “a major blow to AQAP, Al Qaeda’s most dangerous affiliate, and to Al Qaeda more broadly.”

For some experts, Wuhayshi’s death hits Al Qaeda beyond his Yemen base as the jihadist leader was regarded since 2013 as network chief Ayman al-Zawahiri’s right hand. A former aide of Osama bin Laden, Wuhayshi was regarded as the operations manager and messenger between the network’s various branches.

The weakening of Al Qaeda in Iraq and Syria in recent years appears to have benefitted I.S., which claimed in March its first deadly attacks in Yemen as it seeks to diversify its recruitment base. “The more Al Qaeda is weakened, the more jihadist fighters join I.S. On the other hand, the more I.S. is attacked, the more there will be a return of fighters to Al Qaeda,” Mathieu Guidere, expert on Islamist groups at France’s University of Toulouse.

Some experts voiced doubts over U.S. State Department claims that the death of Wuhayshi “brings us closer to degrading and ultimately defeating these groups.”

Wuhayshi’s death “will further exacerbate the command-and-control problems” of Al Qaeda, “which have become increasingly evident as the so-called Islamic State has come to dominate both the battlefield and the media,” said the Soufan Group intelligence consultancy.

“Al Qaeda is in danger of becoming a loose affiliation of local groups” that could transform from “an underground terrorist movement to a collection of competing organizations,” says the U.S.-based think-tank.

The series of blows dealt to Al Qaeda’s central Yemen command, including the deaths of several senior commanders, has raised questions over the presence of “moles” within the franchise, analysts say. Yet the group has withstood setbacks in the past and carried on fighting.

“Compared to other Al Qaeda franchises, AQAP is the one with the deepest bench,” says Olivier Guitta, managing director of security and risk consultancy GlobalStrat. While Wuhayshi “is a loss” for the branch, “it can rebound quickly,” he said.

Rooted in Yemen’s south and southeast, AQAP has exploited months of fighting between loyalists of the country’s exiled government and Iran-backed Houthi rebels to consolidate their grip on Hadramawt province and its capital Mukalla—a city of more than 200,000.

Al Qaeda in Yemen has “become a force from among several forces in the Sunni camp,” says Guidere. It has even become seen as “moderate and can be dealt with, compared with the barbarism of I.S.”

Surfacing for the first time in Yemen, I.S., which has expanded in Iraq and Syria, carried out multiple mosque bombings against the Shia Houthis, killing 142 people on March 20. AQAP issued a statement that day saying it had nothing to do with the bombings and insisting that “we abide by the instructions of Sheikh Ayman Zawahiri, to avoid targeting mosques and markets… to protect the lives of innocent Muslims.”