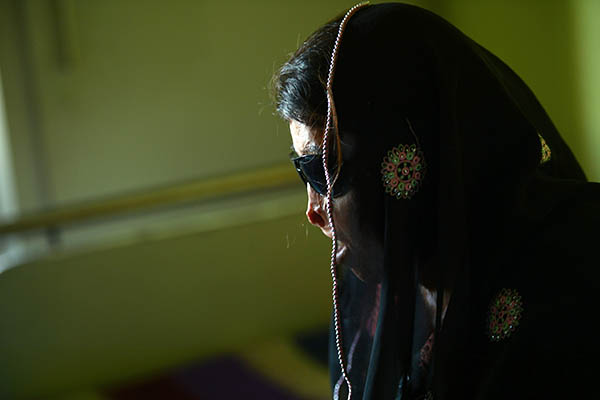 A 16-year-old girl has suffered horrific injuries after two men hurled acid in her face in a row over a failed marriage proposal, officials said Sunday.

Shabnam Batool was attacked late Saturday at her home in the village of Qaim Bharwana in Punjab. “Two men, Muhammad Tauseef and Asmat Ullah, climbed the wall of a house while family members were asleep and threw acid on the face of Shabnam Batool,” said police investigating officer Ejaz Hussain.

He said the two men were angry because the girl’s family had rejected a marriage proposal from Ullah. Hussain said Tauseef had been arrested but police were still raiding different addresses in an attempt to apprehend Ullah.

Muhammad Mumtaz, a senior doctor at the main hospital in the nearby city of Jhang, said Batool had sustained 90 percent burns on her face, and her eyes had been badly injured.

Acid attacks, which disfigure and often blind their overwhelmingly female victims, have long been used to settle personal or family scores in Pakistan, with hundreds of cases reported each year. The attacks fit a wider pattern of eroding women’s rights in the conservative nation, where women are frequently treated as second-class citizens and there is no law against domestic violence.