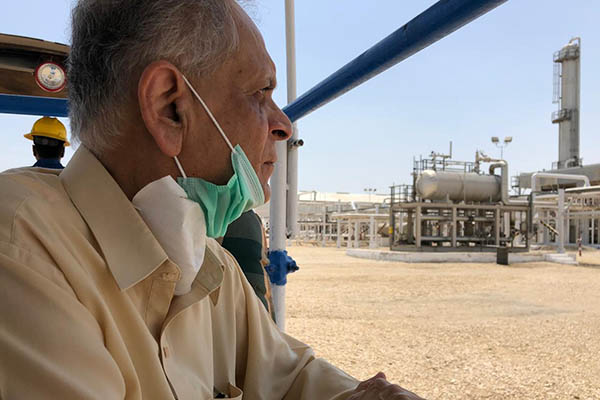 Jamshoro Joint Venture Limited (JJVL) this week announced that it was striving to increase its production of LPG [liquefied petroleum gas] to meet growing demand for the fuel amid the ongoing lockdowns imposed by the government to curb the spread of the novel coronavirus.

In a press release, JJVL (a subsidiary of the Associated Group, which also publishes Newsweek Pakistan) said that there had been a steep reduction in the availability of LPG due to several oil refineries suspending operations after the Oil and Gas Development Company, Limited (OGDCL) reduced its production.

To make up for this loss, said JJVL, it was working to increase its production, and meet the LPG requirements of over 500,000 homes that do not have any links to the national gas grid.

On April 4, JJVL chairman and leading energy entrepreneur Iqbal Z. Ahmed personally visited the company’s plant in Deh Shah Bokhari to ensure the facility’s production was operating at optimal levels so there would be no impediments to a sustained LPG supply chain countrywide.

Currently JJVL is producing over 300 metric tons/day and hopes to shortly increase that to more than 400 metric tons/day, thereby saving Pakistan millions of dollars in foreign exchange and providing energy to far-flung and underprivileged areas of the country, which are facing the brunt of the economic impact of the coronavirus-induced lockdowns.

JJVL represents a replacement value of $200 million and can process 325 million standard cubic feet of gas per day. Since 2005, JJVL has produced over 1.6 million tons of LPG and over 600,000 tons of NGL [natural gas liquids].