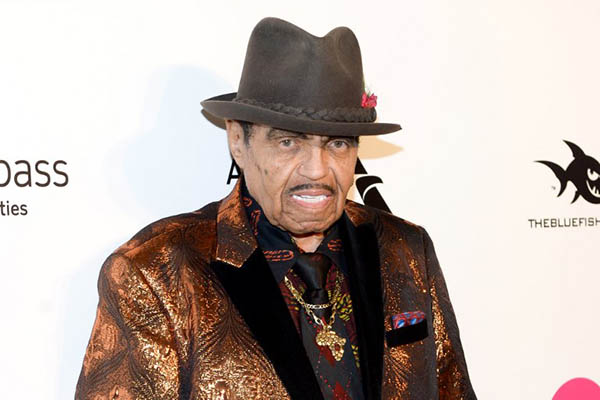 Ailing from cancer, iron-willed music patriarch was responsible for introducing world to The Jackson 5

Joe Jackson, the patriarch of music superstars whose iron-fisted guidance both shaped his children’s success and traumatized them, died on Wednesday, family members said. He was 89.

Jackson—whose most famous child, King of Pop Michael Jackson, died almost nine years to the day before him—had been ailing from cancer. He kept active well into his 80s but suffered a series of strokes including in 2015 when he traveled to Brazil for a birthday gala in his honor.

Entertainment sites including TMZ said Jackson died with family around him in Los Angeles. Family members later confirmed his passing on social media. Representatives did not respond to requests for details.

One of the most famous and consequential father figures in musical history, the steel plant worker from Gary, Indiana recognized a blooming musical talent in his children and assembled them into The Jackson 5, one of the first African American acts to win major success among white audiences. The group, with its danceable Motown R&B, hit number one with four songs on the Billboard Hot 100. Eleven-year-old Michael Jackson became the youngest singer ever to top the benchmark U.S. singles chart as the lead vocalist on 1969’s “I Want You Back.”

But Michael Jackson later revealed that he grew up in terror of his father, who would regularly lash him with a belt. In a widely watched 1993 interview with Oprah Winfrey, then mega-star Michael broke down in tears as he discussed his father’s beatings, and he later excluded him from his will.

Janet Jackson, Joe’s youngest child and the most famous after Michael, has said that her father insisted that she address him as Joseph. She suffered low self-esteem as she watched how other fathers would show affection to their children.

Joe Jackson’s public image further eroded after the death of Michael, who suffered from intense anxiety and depression, when his father seized the media spotlight to promote his own record label project.

In his own interview with daytime talk queen Winfrey in 2010, Joe Jackson acknowledged that he physically disciplined his children but said it was for their own good. “It kept them out of jail and kept them right,” Jackson said.

In a 2013 interview with CNN, he said: “I’m glad I was tough, because look what I came out with. I came out with some kids that everybody loved all over the world. And they treated everybody right.” But he began to let off long-absent emotion in his twilight years. When he was hospitalized, he wrote on his website that Janet was his only child to see him and voiced pride in her achievements—a hint of warmth that she had longed for.

His wife Katherine, who served as a much-needed nurturing figure to the family’s 10 children, explained her husband by saying that beating children was commonplace for African American fathers of his age and background. Katherine, to whom Michael and Janet dedicated their most celebrated albums, survives her husband of 68 turbulent years during which Katherine filed for divorce but changed her mind.

Joe also had a daughter, Joh’Vonnie, with a longtime mistress. Joe moved in the 1980s to Las Vegas while still married to Katherine, who lived in Los Angeles. Their other children included Jermaine and La Toya Jackson, who both found success in their solo music careers.

The grandson of a slave, Joe Jackson was born in rural Arkansas to a similarly merciless father. After his parents’ divorce he moved first with his father to Oakland, California and then joined his mother as a teenager in the Chicago area, making him one of millions of African Americans to leave the South for northern cities in the Great Migration. Putting aside his ambitions to become a boxer, Joe Jackson found work as a crane operator at the U.S. Steel plant in Gary, Indiana, providing a stable home life for his young family.

According to family lore, Jackson’s sons would sneak into his closet when Joe Jackson was working and bring out his guitar. Angered one day when he noticed a broken string, Joe demanded that Tito, his third child, prove that he could play.

“And when I started playing, his mouth flew open! He gave me the guitar and told me to learn every song I heard on the radio,” Tito Jackson told blogger Malcolm Wyatt in 2017. “So I started learning The Temptations and all that, playing songs like ‘My Girl,’ with Jackie, Jermaine and myself singing, starting to work out parts for these songs. It just grew into a group … and the rest is history!” he said.

Joe Jackson would manage all recordings of The Jackson 5 on Motown Records and moved the family to California. Michael Jackson eventually broke out on his own with his 1975 album Off the Wall after being signed to Epic Records.

The patriarch later managed the early career of Janet. But even as the father of two of the top-selling artists in history, his life did not end in luxury and he was cut out of Michael Jackson’s estate. By 2012, the once-powerful manager was seen selling Jackson-branded perfume at a cart in a humdrum Las Vegas shopping mall—and entered a legal feud as he did not have rights to the Michael Jackson name.