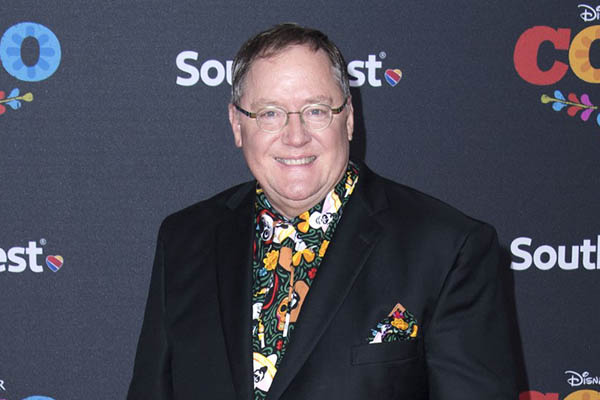 One of history’s most successful and important animators, Disney animation chief John Lasseter is considered a legend by fans, but his reputation could take a heavy hit over an admission that he enjoyed “unwanted hugs” with his staff.

The Oscar-winning executive, who oversees the output of Disney Animation and Pixar, went on a six-month sabbatical on Tuesday after apologizing for making staff feel “disrespected or uncomfortable” over his behavior. He apologized to “anyone who has ever been on the receiving end of an unwanted hug or any other gesture they felt crossed the line in any way, shape, or form,” in an internal memo forwarded by Disney to AFP.

The news will come as a huge blow to Disney, as Lasseter is widely credited with rescuing its animation division from closure when he arrived from its new stable-mate Pixar in 2007 to become chief creative officer for both studios.

It hardly seems conceivable now—with Frozen (2013) among the 10 highest grossing movies in history—but Disney was reeling from the derision heaped on Atlantis: The Lost Empire (2001), Brother Bear (2003) and Chicken Little (2005).

Outgunned for years by Pixar, Disney’s animation division was on the verge of being put out to pasture when the studio regained its mojo under Lasseter and started producing classics like Tangled and Wreck-It Ralph that harked back its glory days.

“I grew up loving Disney films. They were meaningful to me, there was a magic to them, a beauty,” the 60-year-old told a gathering of international media at Disney’s D23 fan convention in July in Anaheim, California.

Lasseter’s impact on the world of animation cannot be overstated.

Since Lasseter came on board, Walt Disney Animation Studios has picked itself spectacularly out of the doldrums to amass $5 billion across eight movies, picking up four Academy Awards.

Raised in the city of Whittier, Lasseter was seduced by the Mouse House’s magic early on via regular trips to the nearby Disneyland and one memorable cinema visit to see a rerun of The Sword in the Stone (1963). “Those moments, those feelings stay with me. Walt Disney, in his movies and Disneyland, entertained people like nobody else in the world,” recalled the filmmaker, who has two Oscars of his own.

Lasseter enrolled in the California Institute of Arts in 1975 and, with contemporaries Tim Burton and Brad Bird, was taught by Disney’s legendary “Nine Old Men” team of core animators. After graduating, he was picked from thousands to join Walt Disney Feature Animation—but was fired soon after for working on an early version of computer animation without clearing it first with his bosses.

He joined Lucasfilm’s groundbreaking CGI team, The Graphics Group, in 1984 before it was sold to Apple boss Steve Jobs, who renamed it Pixar and transformed it with Lasseter’s help from an IT company into a fully-fledged animation studio. The Walt Disney Company bought Pixar in 2006 and Lasseter has since overseen all output from both studios.

Lasseter—whose successes have paid for a vineyard, a fleet of classic cars and a collection of 1,000 Hawaiian shirts—has developed a collaborative approach to filmmaking that sets him apart from other studio chiefs. His creatives are part of a company-wide “brain trust,” each encouraged to generate ideas for one another’s films and help out with solving problematic plot points.

He fosters a culture of intensive research, granting filmmakers years to make sure they get their subjects right—especially on culturally sensitive projects like Moana and Coco, due to be released on Wednesday, which centers around Mexico’s Day of the Dead.

Perhaps the most striking innovation introduced by Lasseter was doing away with the old damsel-in-distress model of Disney princess in favor of a more interesting, unselfconsciously feminist version to which young girls could aspire. “It’s hard work what we do, but we don’t take the easy route. We don’t just carbon copy another sequel with exactly the same story just to print money. We throw it out, we start from scratch and we get a new emotional heart,” he said. “And we want to say something to the world that is meaningful. And right now, I’m so proud that we put joy out into the world.”