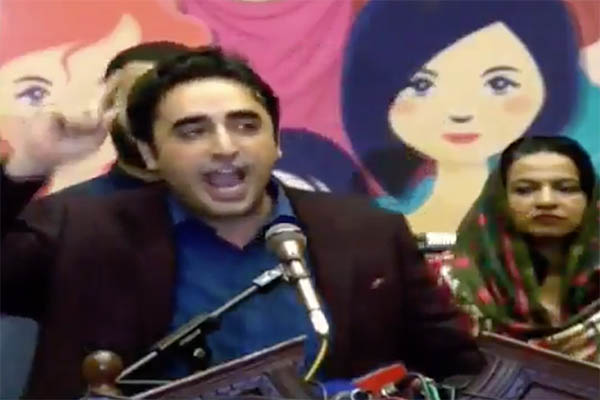 In a posting on Twitter that coincided with the deadline, he claimed that the “illegitimate regime” had been given an opportunity to peacefully step down and allow for a transition to democracy with free, fair and transparent elections.” The prime minister’s refusal to step down, he said, had left the opposition with no choice but to force “the removal of puppets.”

Bhutto-Zardari claimed that Pakistan was experiencing “historic poverty, unemployment and inflation because this government was forced on them.” He said that the PPP believed in ousting the government through democratic means. “Sustained joint efforts inside and outside Parliament will ultimately succeed. Long March and no-confidence will hopefully be discussed in our PDM meeting,” he said, referring to a meeting of the opposition scheduled for Feb. 4.

“[The] government’s desperation is clear,” said Bhutto-Zardari. “[It is] trying to change rules to rig Senate elections because they can see their defeat. Inshallah Senate elections will show government is on shaky ground,” he said, adding that the security establishment must leave political battles to politicians or risk being drawn into controversies. “Only a government chosen by the people can deliver for the people,” he added.

Launched last year, the PDM alliance claims to be seeking an end to the role of the security establishment in Pakistan’s politics. Leaders of the PPP, PMLN, JUIF and others have vowed to continue their movement until the incumbent government has been ousted. The prime minister, members of his party, and allies have all maintained that the government would only leave once its constitutional five-year term has been completed.