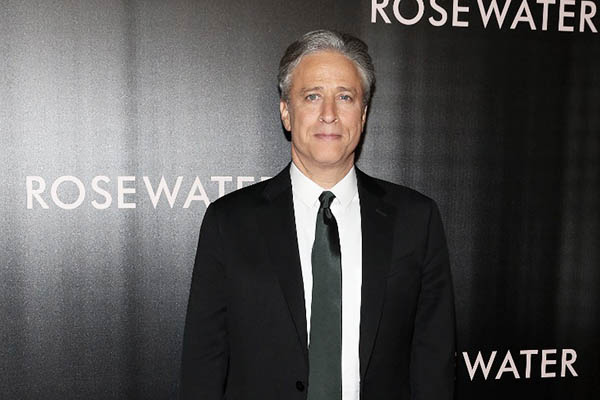 Fifty-two-year-old host has not yet announced what he plans to do after exiting the iconic show.

Host Jon Stewart will leave the satirical and pioneering The Daily Show later this year, his bosses at Comedy Central said Tuesday, calling him a “comic genius.”

The 52-year-old, who took time off in 2013 to direct a film based on an Iranian-Canadian journalist’s nightmare in a Tehran jail, has hosted the award-winning show for 16 years. “His comedic brilliance is second to none,” said a statement on the channel’s Twitter feed, after Stewart made the announcement during a taping of the show.

The Daily Show, which airs four nights a week in the United States, offers Stewart’s trademark sideways take on the news. The show has been running to acclaim since 1999.

“Jon has been at the heart of Comedy Central, championing and nurturing the best talent in the industry, in front of and behind the camera,” said the channel. It added: “Through his unique voice and vision, The Daily Show has become a cultural touchstone for millions of fans and an unparalleled platform for political comedy that will endure for years to come. Jon will remain at the helm of The Daily Show until later this year. He is a comic genius, generous with his time and talent, and will always be a part of the Comedy Central family.”

The statement gave no indication of what Stewart plans to do after leaving the show.

The Daily Show has been a launchpad for numerous comedians over the last decade and a half, including Ed Helms, Steve Carrell, Stephen Colbert and John Oliver. Colbert left his own Daily Show spinoff program The Colbert Report last year to replace David Letterman on The Late Show in 2015, while Oliver launched his own show, Last Week Tonight, with John Oliver.

Stewart and The Daily Show have won 20 Primetime Emmys over the years, as well as numerous other awards, according to the IMDb industry database.

Politicians have grown used to being the butt of Stewart’s jokes, while many—including President Barack Obama—agree to be interviewed by him. Former White House advisor David Axelrod was one of the latest to appear on the show, tweeting Tuesday: “Just had the honor of being the great Jon Stewart’s guest on @TheDailyShow, where he announced he’s leaving. Emotional night. #jonstewart”

But his targets were not limited to politicians. Among his latest victims was embattled NBC television anchor Brian Williams, whose network announced Tuesday that he was being suspended for six months off without pay for embellishing an Iraq war story. Stewart joked this week that Williams was suffering from “infotainment confusion syndrome.”

Stewart’s directorial debut, Rosewater, grew out of interviews that Maziar Bahari gave The Daily Show after he was held in solitary confinement and tortured for 118 days during the post-election protests that gripped Iran in 2009. Stewart adapted a script from Bahari’s best-selling account of his ordeal, Then They Came for Me.