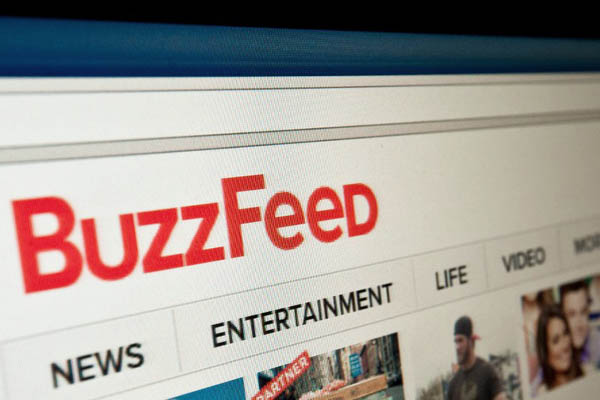 The grim news for newspapers: digital is doing little to rescue them from their deepening woes. Reeling from weak circulation and ad revenue, the traditional newspaper world faces an ugly picture while social media and tech firms benefit from the shift to digital, a Pew Research Center study released on Wednesday found.

Major tech companies are reaping most of the revenues from online news, Pew found. “There is money being made on the web, but news organizations have not been the primary beneficiaries,” the report said.

Total digital advertising spending grew 20 percent last year to around $60 billion, a higher growth rate than in 2013 and 2014, Pew said. “But compared with a year ago, even more of the digital ad revenue pie—65 percent—is now swallowed up by just five tech companies,” the report said, naming Facebook, Google, Microsoft, Yahoo and Twitter. “Increasingly, the data suggest that the impact these technology companies are having on the business of journalism goes far beyond the financial side to the very core elements of the news industry itself.”

Facebook took in some 30 percent of digital display ad revenue last year, or $8 billion, according to Pew. Google accounted for 16 percent. Some news publishers still make profits “but it’s a mixed picture,” while a handful of digital companies “are sucking up the oxygen,” Holcomb said.

Part of the reason for the revenue shift is due to how people discover news—often by happenstance on social networks or by searching online—the researcher added. “Our relationship with news is in a state of change,” he said. “Most people who say they get news on a platform like Facebook are not necessarily looking for news, news is just one of the things they stumble across.”

Since the Newspaper Association of America stopped reporting revenue figures for the newspaper industry as a whole in 2013, Pew tracked data from the seven publicly traded newspaper groups, which owned some 300 dailies at the end of last year. The data accurately tracks the sector even though a majority of newspapers are privately held, the research firm said.

The picture was more nuanced elsewhere in the media industry. Some digital news startups appear to be generating revenues and profits, although data has been spotty, Holcomb said. “Even among these promising digital news startups, there is a feeling of uncertainty,” he said. “The market hasn’t become clear nor has the business model,” he added. “These companies are still experimenting, they are still pivoting. There are some superstars, but it’s not entirely clear if there is a wider path to profitability.”

Those digital news operators include BuzzFeed, Vox Media and Business Insider. Although several have raised capital from investors, as private firms they are not required to report financial results.

In television, network broadcasters increased ad revenue by six percent in the evening and 14 percent in the morning. Cable news channels were projected to increase their revenues by 10 percent and experience profit gains, Pew said. It also found radio remains an important news source for around 25 percent of Americans, and is getting some help from digital technologies and podcasts.

But overall radio revenues were flat in 2015, with a three percent decline in traditional AM/FM spot advertising offset by gains in digital and off-air advertising, the report said.