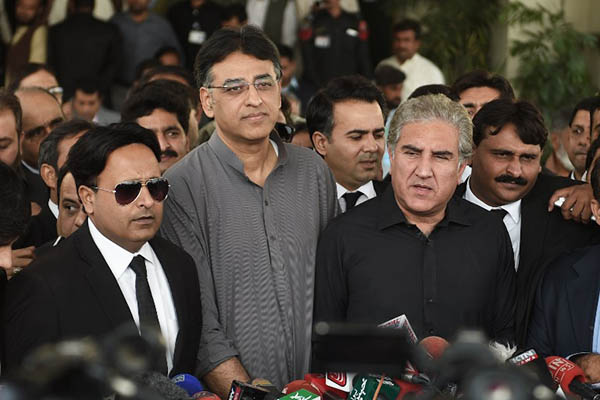 Supreme Court directs PTI, PMLN to agree upon Terms of Reference on which commission will initiate inquiry.

The Supreme Court on Tuesday announced that it would constitute a judicial commission to investigate Prime Minister Nawaz Sharif’s alleged links to offshore accounts revealed by the Panama Papers leaks and asked the government and opposition to submit Terms of Reference for the inquiry.

“We are determined to resolve this issue. We will solve it and we will solve it as soon as possible. Now the highest forum in the country in regards to dispute resolution has taken up this matter, so now you hold your positions, please restrain,” Justice Asif Saeed Khosa, one of the five judges hearing the case told the court.

“A commission, headed by a judge of the Supreme Court, will enjoy the full powers of the Supreme Court and investigate the Panama Papers scandal,” said Hamid Khan, the lawyer representing the Pakistan Tehreek-e-Insaf. “The court has directed all parties to agree upon the Terms of Reference that will determine the judicial commission’s scope,” he told a press conference, “and if no consensus emerges on the ToRs, the court will introduce them itself.”

Khan said the PTI welcomed the court order, adding that it would submit the ToRs formulated by the opposition and submitted to the government a few months back. “We are aware the government did not accept those ToRs, but we will pursue them once more.”

Defense minister Khawaja Asif told media outside the court: “The prime minister of Pakistan has surrendered himself and his family before the court and has agreed to abide by any commission formed by the Supreme Court.” He said the PMLN had complete faith in the Supreme Court as the custodian of Pakistan’s law and would respect its decision.

Khawaja Saad Rafique, minister of Railways, said there was now no justification for the PTI to protest. “The Supreme Court has entertained the PTI’s petition and the ball is now in Imran Khan’s court. He must decide if he wants chaos in Pakistan or if he is willing to ask his workers to stand down in light of the court’s order,” he added.

The next hearing of the court’s inquiry into the Panama Papers leak will commence on Thursday at 11 a.m.