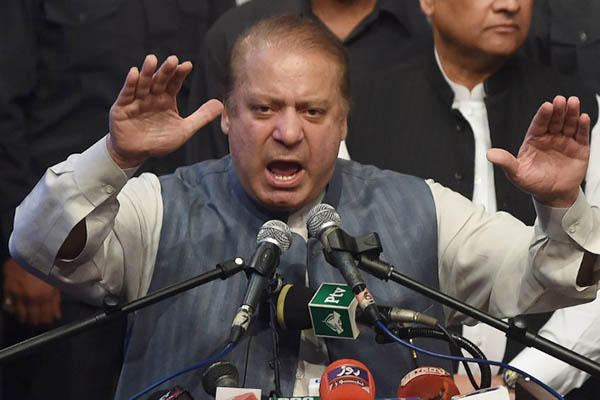 A telltale “change of mind” is manifesting itself in the ruling PMLN as the plot thickens around ex-P.M. Nawaz Sharif’s corruption cases at the National Accountability Bureau (NAB). The National Assembly saw the first member of the party making ready to leave on Oct. 5 when Minister for Inter-Provincial Coordination Riaz Hussain Pirzada walked out of the House in high dudgeon after accusing the government of including him in a list of PMLN leaders linked to terrorist organizations. He would not listen to any explanation that the list of suspects leaked by the media had been cooked up by anti-PMLN elements. As he walked out, some other partymen of prominence too followed: Sheikh Rohale Asghar, Awais Leghari and Khusro Bakhtiyar.

The PMLN has been a traditionally pro-Army rightwing party challenging the Pakistan Peoples Party (PPP) that the establishment tended not to like. Hence, despite the popularity of Nawaz Sharif, some of the consternation comes from members used to being on the right side of the establishment. The same day, a recent convert to the party, Baloch leader and former prime minister Zafrullah Khan Jamali, too staged his rebellion in the House saying: “Institutions have their own way of functioning, they do not become subordinates to individuals.” He had joined PMLN after winning his seat in 2013 as an independent. Clearly, he too was unhappy about the way the PMLN-army cold war was unfolding.

The National Assembly also saw the unfolding of another scandal: a “reported” meeting between serving Director-General Intelligence Bureau (IB), Aftab Sultan and Nawaz Sharif in London, where the latter was attending to his ailing wife. If the alleged meeting occurred, it was significant because Sultan is an old fixture: he is a former grade-22 police officer who has headed IB thrice after 2011, and was appointed and given two extensions from 2013. Before this job, he had been Inspector General Police in Punjab, thus pointing to personal loyalty. He told the Speaker of the National Assembly that the IB report accusing 37 PMLN politicians of links with terrorist organizations was a “plant” and was forged to defame the government. However, arch-enemy Imran Khan is convinced that Sultan’s name is included the list of prospective chairmen of NAB. Message to Nawaz Sharif: the ground under your feet is slipping.