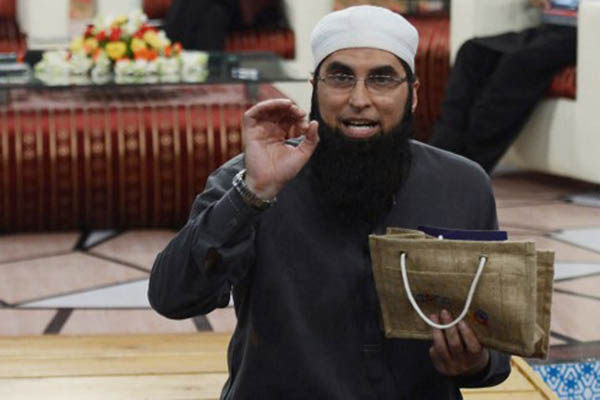 Pakistan’s pop pioneer-turned-preacher was one of the passengers of ill-fated PK-661.

Junaid Jamshed, a pioneer of Pakistani pop who renounced music to become a Muslim evangelist and started one of the country’s most successful clothing boutiques, was among 47 people killed in a plane crash on Wednesday.

He died alongside his second wife, Nahya, and is survived by his first wife Ayesha as well as four children.

Born in Karachi on Sept. 3, 1964, he shot to fame in the late 1980s as lead singer of the band Vital Signs, where his dashing looks and brooding vocals made him a style icon and heartthrob for a generation emerging from the harsh Islamist rule of military dictator Zia-ul-Haq.

Many of his biggest fans became critics when, in the early 2000s, he left his career in pop to become a member of the Tableeghi Jamaaat, a Sunni evangelical group that preaches its austere brand of Islam throughout the world. Jamshed ditched his leather jackets and stonewashed jeans for traditional tunic and baggy pants, grew a beard, and began recording religious ‘na’ats’—hymns that are sung a capello, because instruments are seen as “haram.”

Pakistani liberals’ disappointment only grew as Jamshed made a series of controversial statements, often targeting women—including famously telling a female TV host that women should not be allowed to drive or leave the home without male guardians. But his new guise also endeared him to conservative Pakistanis who followed his TV appearances closely and regarded him as a role model for leaving a decadent lifestyle behind.

In 2014, he found himself embroiled in controversy for appearing to criticize one of the wives of Islam’s Prophet during a sermon, prompting a blasphemy case to be brought against him. He issued a tearful apology and the case was not pursued—his strong connections with the country’s religious right seemingly safeguarding him from persecution minorities often receive when charged or even accused of the same crime.

In addition to his preaching, Jamshed set up an upmarket clothing boutique in 2002 catering to both men and women, a highly profitable business that today boasts a strong presence across the country.

In his last tweet, Jamshed posted pictures of himself with fellow preachers in scenic Chitral, from where ill-fated Pakistan International Airlines Flight PK-661 made its final journey. “Heaven on Earth Chitral. With my friends in the Path of Allah. Snowpacked Tirchmir right behind us,” he tweeted.

His death drew an outpouring of support online, with clerics, politicians and fans of his earlier work joining hands to remember him and his many accomplishments.