Home Scope Kabul Gears Up for Grand Assembly amid Row over U.S. Apology

Kabul Gears Up for Grand Assembly amid Row over U.S. Apology 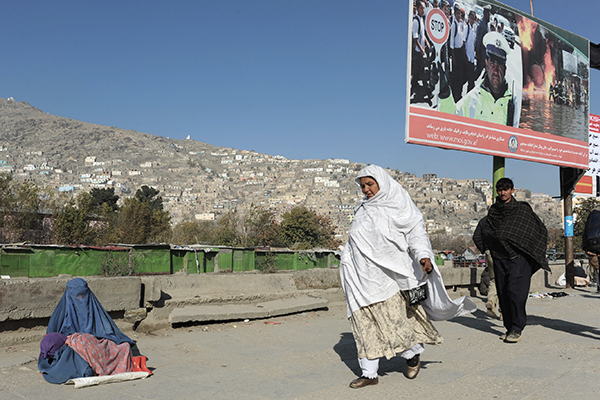 Karzai has asked the U.S. to apologize for war conduct before the Bilateral Security Agreement can be signed.

Afghan tribal leaders gathered on Wednesday ahead of a debate on a key security pact with the United States, as a row over an “apology” letter threatened to distract from make-or-break issues of sovereignty.

Tribal chiefs are assembling in Kabul for a grand assembly or loya jirga that will open Thursday to discuss the deal under which up to 16,000 U.S. troops will remain in Afghanistan after the bulk of NATO forces withdraw by the end of 2014.

The so-called Bilateral Security Agreement is seen as vital to lasting security in the war-torn nation, where the Taliban insurgency this year reached levels of violence not seen since 2010, according to the U.N.

A similar deal between the U.S. and Iraq collapsed in 2011 over whether American troops would be answerable to local courts or those in the U.S., leading Washington to pull out its forces completely. The same issue has dogged protracted negotiations with Kabul, leading some to fear the Iraq “zero option” would be repeated and the country would plunge into violence as local forces struggle to quell the Taliban.

But progress appears to have been made on another issue touching on Afghan sovereignty which threatened to derail the BSA: whether U.S. troops will be able to search Afghan homes. Aimal Faizi, President Hamid Karzai’s spokesman, told reporters in Kabul on Tuesday they had agreed U.S. forces could search homes, but only in “extraordinary circumstances” where there was an urgent risk to life.

Officials in Washington struck a cautionary note, saying there was still some way to go before reaching a final agreement on the pact.

Threatening to overshadow the crucial last steps on the BSA was an unexpected row which blew up Tuesday over whether or not the U.S. would apologize for mistakes made during the Afghan war. U.S. National Security Advisor Susan Rice told CNN there was “no need” for Washington to apologize. Her stern remarks came after Faizi said Karzai expected a letter from President Barack Obama acknowledging U.S. military mistakes during the war and Afghan suffering.

U.S. officials said the request for a letter had come from Karzai himself during a phone call with Secretary of State John Kerry on Tuesday. Analyst Ahmad Saeedi said that the row was confected to assuage domestic concerns. “Karzai just wants to show he is a national hero who has been bargaining with the U.S. for national interests until the last moment,” he said.

The loya jirga has a consultative role and the BSA will also have to be passed by the Afghan Parliament. The Taliban have branded the meeting a U.S.-designed plot, vowing to pursue and punish its delegates as traitors if they approve the BSA.

The BSA will determine how many U.S. soldiers stay in Afghanistan when most of NATO’s troops deployed in the country since 2001—currently numbering 75,000—leave at the end of 2014. Highlighting the ongoing security challenges facing Afghanistan, a Taliban suicide bomber on Saturday struck close to the venue where the meeting is set to be held killing a dozen people, most of them civilians.