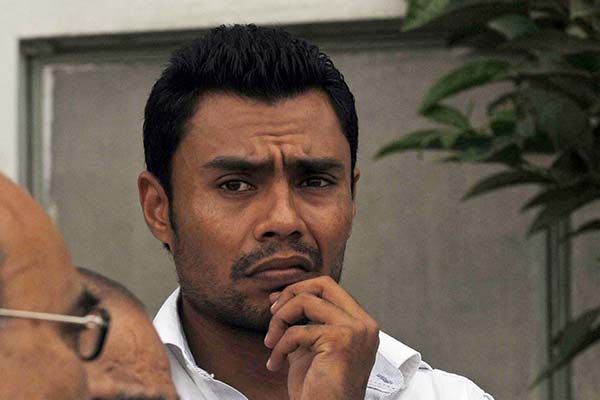 Former Pakistan leg-spinner Danish Kaneria was urged to “come clean” after his lifetime ban from cricket remained in place Tuesday when the England and Wales Cricket Board (ECB) rejected his appeal at a hearing in London.

Kaneria was given a life ban by the ECB last year after a panel found him guilty of inducing his then Essex teammate Mervyn Westfield to deliberately underperform by agreeing to concede a certain number of runs in return for money while bowling in a county one-day match in 2009.

After Tuesday’s verdict, ECB chairman Giles Clarke, who was also chairman of the International Cricket Council’s Pakistan task force from 2010-2012, said: “It is high time that Mr. Kaneria came clean about his involvement in these corrupt activities and stopped misleading the Pakistan cricket fans and wider public with his empty protestations of innocence.”

Although imposed by the ECB, the now 32-year-old Kaneria’s ban was effectively a worldwide sanction as boards under ICC jurisdiction have agreed to uphold punishments imposed by individual countries in such circumstances.

It was not until 2010 that the scandal became public when Essex police arrested both Kaneria and Westfield. However, the Pakistani was released without charge and has maintained his innocence throughout.

By contrast, legal proceedings against Westfield continued and he spent two months in prison, as well as being banned for five years from first-class cricket and three from recreational cricket by the ECB.

Tuesday saw an appeal panel of the ECB’s cricket discipline commission uphold Kaneria’s ban in full although it chose to ‘vary’ the sanction imposed on Westfield by saying he could return to club cricket on April 1 next year, provided he took part in a “stringent” anticorruption program organized by England’s Professional Cricketers’ Association.

Kaneria has now seen two appeals against ECB charges fail after a CDC panel dismissed his case in April. And Clarke was in no doubt about this latest decision, saying he hoped it would serve as a “stark reminder” of the “life-changing consequences of corruption.”

“We note, with regret, that Mr. Kaneria has neither made any admission of guilt nor expressed any remorse for his corrupt actions despite the weight of evidence against him and the fact that, after two lengthy hearings, his guilt has now been resoundingly established on two separate occasions by two separate independent panels,” Clarke said in a separate ECB statement. “We urge him to apologize publicly for his past actions and to start the process of redeeming himself by supporting the Pakistan Cricket Board’s anticorruption initiatives and assisting the police and law enforcement bodies in the Asian subcontinent with the vital job of exposing and cutting off the primary source of cricket corruption, namely the illegal bookmakers such as those referred to in the appeal panel’s findings in this case.”

During his criminal trial last year, Westfield named Kaneria as the figure who induced him into accepting £6,000 from a bookmaker to underperform in the 2009 match. Westfield later accused the ECB, Essex, and the PCA of failing in their duty of care to support and protect him as he faced trial and only gave evidence at Kaneria’s most recent appeal, in April, after ECB chiefs got a High Court summons that forced him to attend the hearing.

ECB chief executive David Collier tried to strike a conciliatory note Tuesday by saying: “ECB notes the appeal panel’s decision on Mr. Westfield’s appeal against the length of his ban. Without Mr. Westfield’s stand, the corrupt actions of Mr. Kaneria might not have been exposed. ECB will support Mr. Westfield’s efforts to rehabilitate himself and as part of this process hopes that he can raise awareness of the dangers of corruption in cricket.”