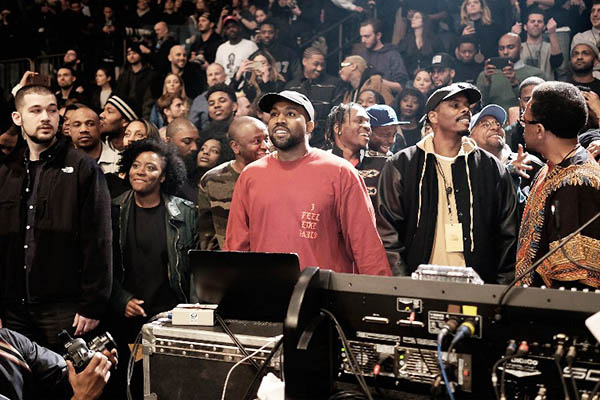 Controversial rap artist’s ‘The Life of Pablo’ is his seventh studio album.

After a prolonged rollout that included last-minute changes and a massive fashion show, Kanye West’s new album is finally out for the public.

The rap superstar in the early hours Sunday put out his seventh studio album, The Life of Pablo, shortly after he performed on the weekly television comedy show Saturday Night Live in New York.

West had debuted the album Thursday in a fashion show-turned-concert at New York’s Madison Square Garden, as the self-described renaissance man and husband of reality television star Kim Kardashian displayed his latest Yeezy clothing line. But the album was not yet available for fans who did not tune in Thursday. The Life of Pablo on Sunday came out exclusively on Tidal, the streaming service led by rap mogul Jay Z in which West has a stake.

Amid the wait, West also made last-minute changes to The Life of Pablo. The album includes a song, which was not on the original track list, entitled “I Love Kanye.” On the track West—who has compared himself to Michelangelo and Pablo Picasso—raps about his public image, with references to himself in the third person in every line.

The Life of Pablo also features “No More Parties in LA,” a song featuring the acclaimed rapper Kendrick Lamar that was produced by the prolific hip-hop DJ Madlib. The song, which has proven popular with West’s fans, was initially on the rapper’s track list and then mysteriously disappeared before reappearing.

Also on the album is “Waves,” a sexually explicit song that features Chris Brown and had initially been the album’s title.

Twitter exchanges indicated that “Waves” was the reason for the album’s holdup as Chance the Rapper, who helped write the track, insisted to West that it be included.

West immediately encountered controversy when performing The Life at Pablo at Madison Square Garden for his track “Famous,” in which he raps, “I feel like me and Taylor might still have sex.” He was apparently referring to reconciliation with pop superstar Taylor Swift. In 2009, West rushed the stage of the MTV Video Music Awards when Swift won for best female video. West countered that he believed the winner should have been Beyonce.

After Swift’s associates criticized West’s lyric as sexist, the rapper took to social media to defend himself and say he did not intend disrespect.

West, 38, is one of the all-time top recipients of Grammy Awards but in recent years has focused on other endeavors, with the rapper saying he plans to run for president in 2020. He had not released a studio album since 2013’s hard-edged Yeezus.

‘I Did Something Bad’