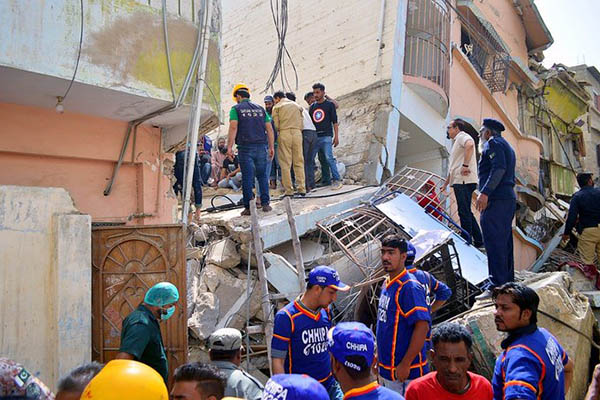 Multiple residential buildings collapsed in Karachi on Thursday, with rescue teams claiming the death toll had risen to 18 a day later amid ongoing efforts to retrieve any survivors who may still be stuck under the rubble.

On Thursday, rescue teams recovered 11 people from the debris; Geo News reported that another seven bodies had been recovered during the night.

Senior Superintendent of Police (Central) Arif Aslam Rao told media that the rescue operation had been slowed down to ensure that no one stuck within the collapsed buildings was missed by recovery teams. The rubble must be moved carefully to ensure neighboring buildings aren’t impacted, he added.

Local Government Minister Nasir Hussain Shah has assured the public that strict action would be taken against illegal buildings, but noted that the focus for now was on rescue operations and legal action would come later. In this regard, a First Information Report has been registered with police over the incident.

Per local media, the five-storey residential building that collapsed on Thursday was 25 years old and was located in a well-planned area.

Sindh Building Control Authority Additional Director Ashkar Dawad told daily The News that one of the major reasons for the building’s collapse appeared to be inadequate drainage of sewage water. He added that the building had been illegally constructed on an 80-yard plot.