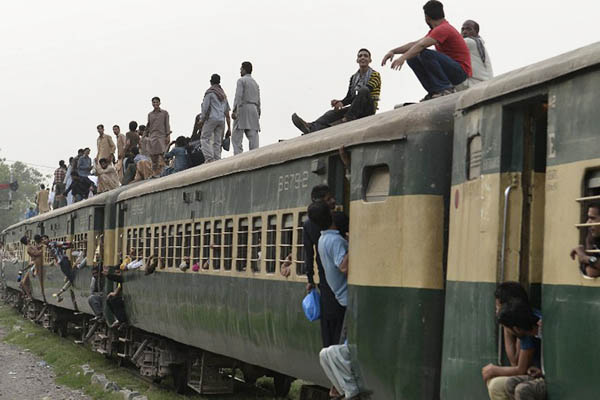 Pakistan Railways claims eight daily trains will operate over 60km with a maximum fare of Rs. 50

Pakistan Railways on Tuesday announced it would restore Karachi Circular Railway operations from Nov. 16 (Monday) in line with directions of the Supreme Court of Pakistan.

In a press release, the Railways said that it would operate eight passenger trains daily, with a maximum fare of Rs. 50 to traverse a total distance of 60km from Pipri to Orangi stations.

It said that Pakistan Railways was working in accordance with the orders of the Supreme Court and restoring the Circular Railway in a phased manner. It said that in the first phase, trains from Pipri would pass through Landhi, Malir, Drigh Road, Cantt, City, Kemari, Wazir Mansion, Lyari, Gulbai, Site, Shah Abdul Latif and Orangi stations. The daily journeys would commence from Pipri and Orangi at 7 a.m., with subsequent timings set at 10 a.m., 1 p.m. and 4 p.m.

According to the press release, Pakistan Railways has renovated 15 bogies for the Karachi Circular Railways. Currently located in Islamabad, it said they would reach Karachi within this week.

The Supreme Court had, on Tuesday, directed Railways officials to update it on the government’s operations to remove encroachments from the Karachi Circular track.