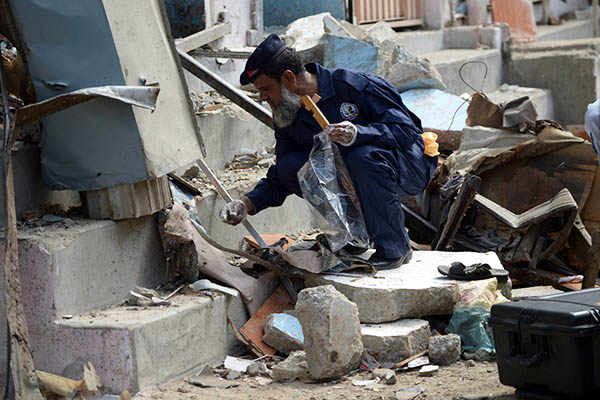 A senior policeman who had survived several assassination attempts was killed with three other people by a suicide bomber in Karachi on Thursday, officials said, in an attack claimed by a Taliban faction.

The attack happened near a tailor’s shop in the old vegetable market in a neighborhood to the east of the city. “The blast killed police official Shafiq Tanoli and three others and wounded 15 others including Tanoli’s three guards,” said another senior officer, Tanvir Ahmad Tunio. He said the target was Tanoli, who had conducted several operations against militants and criminals and survived several attempts on his life in the past.

A local senior police official, Raja Umar Khitab, confirmed that it was a suicide attack.

Omar Khorasani of the Mohmand chapter of the Tehreek-e-Taliban Pakistan (TTP) said in a statement that his group was responsible, accusing Tanoli of killing “many of our associates.”

Karachi, a city of 18 million people that contributes 42 percent of Pakistan’s GDP, has also been plagued for years by sectarian, ethnic and political violence.