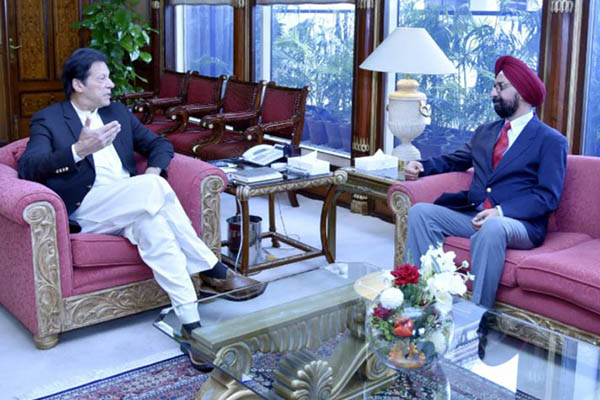 The cricketer-turned-politician told Indian writer D.S. Jaspal in Islamabad that opening the Kartarpur Corridor on the 550th birth anniversary of Sikhism founder Baba Guru Nanak aimed to fulfill a longstanding request of the Sikh community across the world, particularly from India.

Jaspal thanked the prime minister for the Kartarpur initiative and hailed the warm hospitality extended by the Government of Pakistan to all visiting pilgrims.

Jaspal is a researcher and a former civil servant from India, according to Radio Pakistan. His book, Tryst with Trees, documents historical Gurdawaras named after trees, many of which are located in Pakistan. He is currently visiting Pakistan in connection with the birth anniversary of Baba Guru Nanak.