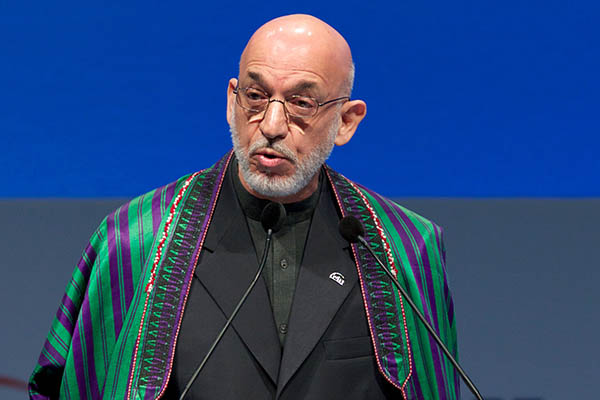 The Afghan president has criticized the timing of a U.S. drone strike that killed Pakistani Taliban leader Hakimullah Mehsud, after an angry Islamabad expressed fears the death would undermine planned peace talks.

The killing Friday of Mehsud, the feared chief of the Tehreek-e-Taliban Pakistan (TTP) which has killed thousands in a six-year insurgency, sparked a furious response from the Pakistan government.

Islamabad was taking the first steps toward initiating talks with the militants when Mehsud was killed, prompting Interior Minister Chaudhry Nisar to accuse Washington of “scuttling” peace efforts.

Afghan President Hamid Karzai added his voice to the criticism, telling a U.S. Congress delegation visiting Kabul that the drone strike “took place at an unsuitable time,” his office said in a statement released late Sunday.

The statement said Karzai hoped the peace process, still at an embryonic stage, did not suffer as a result.

The TTP operate separately from the Afghan Taliban but notionally pledge allegiance to the same leader, Mullah Omar.

Karzai has been seeking to open peace talks with the Afghan Taliban to end 12 years of war, but the Islamist militants have refused to negotiate with his appointees, dismissing him as a puppet of Washington.

Pakistan was a key backer of the hardline 1996-2001 Taliban regime in Kabul and is believed to shelter some of the movement’s top leaders.