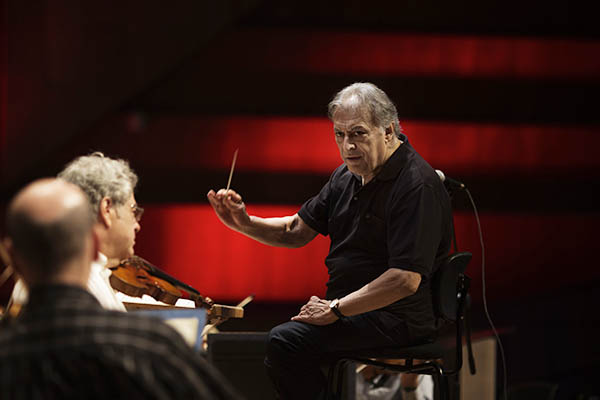 Separatists in India-administered Kashmir are demanding the cancellation of a concert by celebrated conductor Zubin Mehta to be staged in the disputed territory next month, saying it would legitimize Indian “state repression.”

The concert by the Mumbai-born Mehta on Sept. 7 is being organized by the India-administered Kashmir state tourism department and the German embassy in New Delhi.

Veteran separatist Syed Ali Geelani appealed to Germany to call off the concert, saying it “legitimizes state repression” in the conflict-riven territory. Another senior separatist leader, Mirwaiz Umar Farooq, echoed Geelani’s call and suggested money for the concert would be better spent on a “Kashmir-German friendship hospital.”

Civil society and human rights activists in Kashmir also urged Germany to call off the concert, saying in a letter it “must not allow itself to be party to activities that seek to further legitimize the Indian occupation.”

Both the Kashmir state government and the German embassy declined comment.

Mehta, 77, will conduct the Bavarian State Orchestra in works by Beethoven, Haydn and Tchaikovsky for an invited audience of 1,500. The event will be held in the sprawling Shalimar Mughal gardens under the mighty Chinar trees on the banks of the picturesque Dal Lake in the state’s summer capital Srinagar.

Not all Kashmiris oppose the concert.

“With the magic power of music, crossing geographical, political and cultural borders, we want to reach the hearts of the Kashmiris with a message of hope,” he said.

Kashmir has been divided between India and Pakistan since their 1947 independence from Britain. Rebel groups have been fighting Indian forces in India-administered Kashmir since 1989 for independence or for merger of the territory with Pakistan. The fighting has left tens of thousands of people dead.

Kashmir has been relatively calm in recent years but there have been new, deadly outbreaks of violence along the contested border between Indian and Pakistani forces.

Mehta announced last year at a reception in New Delhi he would like to play in Kashmir, adding he would “cancel every appointment” to do so. He told India’s IANS news service he had fond memories of a trip to Kashmir in the 1970s with his wife and children. “We fell in love with it,” he said.

The Kashmir Monitor in an editorial noted the concert was not an international show but “an individual’s show. Musicians from different countries do travel to other countries and perform there.”

“But as things happen in Kashmir, there is little scope for one to separate politics from other aspects of life,” the newspaper added.