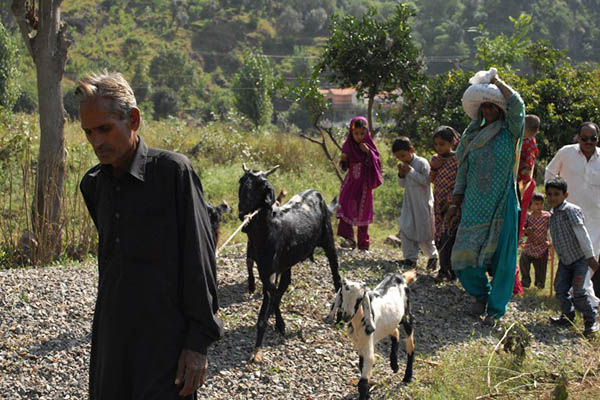 Top security officials in Pakistan unequivocally state that war is ‘not an option.’

Fighting in the disputed Kashmir region eased on Friday after days of cross-border strikes by Indian and Pakistani forces left at least 20 civilians dead and forced thousands more from their homes.

The lull in fighting followed some of the worst violence in a decade in the region, which is divided between the nuclear-armed neighbors. “The firing last night was less intense than the previous night and confined to a smaller area,” said an official with India’s Border Security Force on condition of anonymity.

An Indian police official told AFP that 10 civilians were injured overnight on the Indian side of the border due to the fighting, but there were no deaths.

Pakistan confirmed late Thursday that three more civilians had died on its side of the disputed Kashmir region and in Punjab province, taking the toll up to 13. Seven civilians have died on the Indian side this week.

Pakistan concluded on Friday that war against India was “not an option” after a meeting of top security officials chaired by Prime Minister Nawaz Sharif. “The Committee stressed the fact that both countries are aware of each other’s capabilities. War is not an option. It is shared responsibility of the leadership of both countries to immediately diffuse the situation,” an official statement said.

“It is for Pakistan to either escalate or de-escalate. We will respond as appropriate to what will be their efforts in this regard,” foreign ministry spokesman Syed Akbaruddin said at a press conference in New Delhi.

The lull in fighting came after U.N. chief Ban Ki-moon’s spokesman urged the two sides to engage in dialogue to find “a long-term solution for peace and stability in Kashmir.”

Fighting between Indian forces and rebels seeking independence or a merger of the territory with Pakistan has killed tens of thousands—mostly civilians—since 1989. The two countries have gone to war over the territory twice, in 1947 and 1965, and fought a smaller scale conflict in 1999.

Violence has fallen in the region since 2004, when the countries began a peace process a year after signing a ceasefire agreement. While the agreement has largely held, minor clashes occur regularly along the disputed border known as Line of Control (LoC) as well as along the internationally recognized frontier dividing Indian-administered Kashmir from Pakistan’s Punjab province.