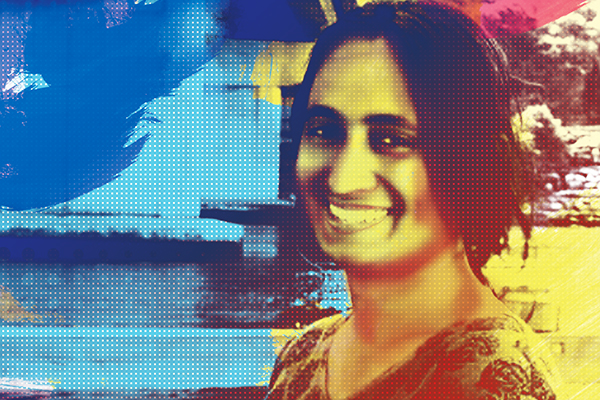 Secretary of the All India Progressive Women’s Association, an organization affiliated with the Communist Party, Kavita Krishnan is a force to be reckoned with. She was one of the leading organizers of the Nirbhaya protests, sparked by the brutal gang-rape and murder of a 23-year-old female student in New Delhi in December. We recently spoke with her about the challenges facing India’s women. Excerpts:

Has a breaking point been reached following the Mumbai gang-rape?

I’m not sure what to call a ‘breaking point.’ After all, a dam burst in the Delhi anti-rape protests in December; but I think awareness and change are ongoing processes. People’s movements like the anti-rape Nirbhaya movement can be moments when such awareness and engagement have the potential to make quantum leaps in achieving gender equality.

The stigma attached to rape prevents many from reporting crimes. How can this perception be changed?

More than the stigma, it is the hostility of the entire law-enforcement machinery, from the police to the judiciary, toward women complainants which explains the low rate of reporting. After the Mumbai gang-rape, the police commissioner said rapes are happening because people are kissing in public. A former police commissioner said on national TV that 90 percent of rapes are falsely reported. With top cops assuming rape complainants are liars unless mortally injured, how can women ever feel confident?

What are your thoughts on the committee formed to strengthen India’s anti-rape laws?

The committee’s approach was laudably democratic. They accepted suggestions from the public and also engaged seriously with women’s rights activists in India. Their report reflects much of the wisdom of several decades of India’s women’s movement. Many of their recommendations were translated into the new rape law, but several crucial aspects were left out, such as removing legal immunity for Army personnel accused of rape and recognizing marital rape.

What is your opinion on the belief that Bollywood films and their dance “item” numbers encourage the objectification of women?

Item numbers crudely objectify women. But I do not buy the argument that they lead men to rape. The women’s movement has understood that rape is not the result of men thinking women are objects that they desire and can consume at will. Ads might compare women to cars—but raping a woman is different from stealing a car, and rapists know the difference. Rather, rape is about the sense of power over a woman, and the sheer pleasure in her powerlessness.

Besides protesting, how can people change societal attitudes toward women in South Asia?

We need to find ways in which to campaign for the recognition of women’s autonomy and freedom in our daily life. We have to get society to question the ways in which women are denied this autonomy in ‘normal’ life. But also, I feel that this goes beyond solely social and cultural attitudes. Neoliberal economic policies and a global capitalist economy require women to bear the burden of unpaid domestic labor in addition to being an exploited and vulnerable workforce. And the culture or ideology of denying women autonomy, or telling them that rapes are the living wages of challenging patriarchy, helps to discipline women to fit the needs of that economy. So we also need to demand and fight for dignified, secure employment for women and other crucial social services that help lessen their domestic labor.

What do you feel would be the best measures to curb sexual assault?

Ending a culture of impunity and ensuring punishment for rapists is important. But the death penalty and castration are of no use. Timely trials and surety of punishment are more of a deterrent than severity of punishment in certain cases. The death penalty is no guarantee of fewer rapes—as the evidence of countries that have the death penalty for rape demonstrates. Castration for rape does not make any sense because it reinforces the wrong idea that rape is about sex, about having male sexual organs. It is not. It’s about the power that our society confers on men.

In most cases loafer girls befriend a rich shy boy for expenses in big cities and when quarrel begins implicate him who too did not want her as a future wife but a plaything.Having boyfriend implies pre/extra marital misconduct.In Delhi case dead gild was travelling with his boyfriend in chilling winter past 10 p.m.ist.Wear a garland of high denomination rupee notes and blame someone for snatching it has become good buisness.Social media zindabaad.