‘Kayani Did Not Want Military Action’ 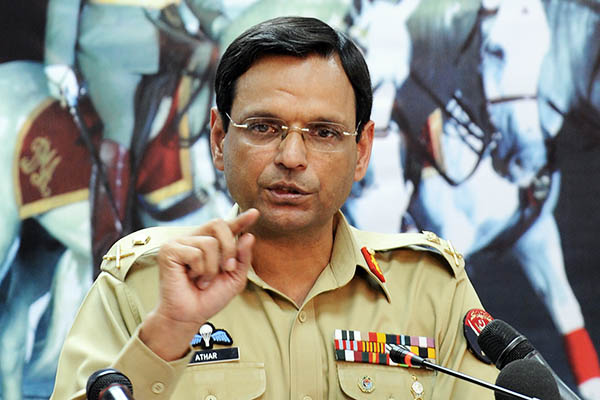 Pakistan’s former Army chief, Gen. Ashfaq Kayani, was the reason for the military’s reluctance in launching an offensive against the Taliban in the country’s tribal areas, according to the military spokesman who worked with him.

Former Maj. Gen. Athar Abbas told the BBC on Monday that the military had, collectively, decided to target militants in North Waziristan in 2011. “The military decided in 2011 to go for the military operation,” he said, “but General Ashfaq Kayani, the ex-Army chief, never approved it.”

Abbas said that Kayani kept using delaying tactics to avoid a military operation. “General Ashfaq Kayani avoided military action against militants through delaying tactics,” he said. “Due to this delay, the militants were allowed to gain in strength and now they have entered different parts of the country,” he added.

“I believe the situation would be quite different today if the operation against the militants had been initiated three years ago,” said Abbas.

Kayani retired from the military on Nov. 29, 2013, about six months after the PMLN-led government was elected into power. Gen. Raheel Sharif, the current Army chief, replaced him and was elevated over two senior generals for the position.

The Pakistan Army launched a military operation against militants in the North Waziristan tribal agency on June 15—a week after terrorists attacked the Karachi airport, killing over 28 people. According to the ISPR, over 300 militants have been killed in the ongoing offensive but there is no way to verify these claims as journalists are not permitted in the tribal region.

It is very sad truth. Why Kiani was reluctant. This is to be probed. I think he was afraid of Taliban mind set in army.Now we know why PPP government could not launch full scale offensive against Talibans.ANP .PPP both paid heavy price for this procrastination in form of suicide attack on their workers and leaders.Sujjah pasha was busy in engineering of memo gate scandal.Ifthikhar Ch was insisting on unconstitutional order of writing letter to swiss government. Geo was mongering ghazab corruption ki ajab khanii.We know who was giving him concocted stories. This cost PPP and ANP election .Time has proved veracity of stand against Taliban.

Kayani’s misgivings are popping out of the closet though painfully for us, he was allowed to leave a grim and repentable legacy.. All thanks to his institutions’ unflinching loyalty to their sitting chiefs..

The delay affected by ex army chief was not only criminal rather it helped TTP to gain strong foot hold and caused Pakistan unbearable loss. Gen Kayani had a soft corner for militants and wahabi faction of Islam and considered Taliban an asset for a possible action after US exit from Afghanistan, he was also inclined to KSA ,which now has started a major offensive against non wahabi states within ME with support of the west . Muslims of the world do not need enemies from outside.