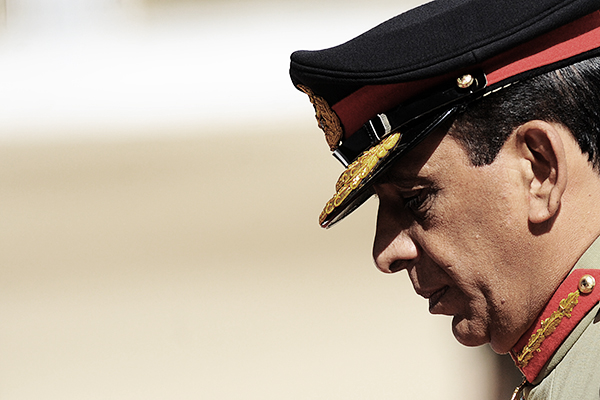 A week ahead of his scheduled retirement, Pakistan’s Army chief, Gen. Ashfaq Kayani, visited the country’s northwest today to review ongoing construction work and pay his respects to soldiers martyred by the Taliban.

Kayani arrived in Dera Ismail Khan earlier today and was accompanied by Corps Commander Lt. Gen. Khalid Rabbani to Peshawar and to the federally-administered tribal areas, according to the military’s Inter-Services Public Relations agency.

The Army chief visited field formations deployed in Khyber-Pakhtunkhwa province and the tribal agencies, interacting in Wana, Jandola, and Miranshah with troops whose “spirit in the line of duty,” ISPR said, Kayani appreciated.

Kayani also “reviewed progress of development projects in FATA initiated by the Army during the last few years including the under-construction 714-kilometer Central Trade Corridor and road network in South Waziristan and North Waziristan,” said ISPR. “Expressing his satisfaction on the quality and progress of the work, he appreciated all the Frontier Works Organization and Army troops busy in undertaking these and other projects.”

Later in Peshawar, Kayani laid a wreath at the Yadgar-e-Shuhada, a memorial for troops slain in the line of duty. “The entire nation acknowledges the sacrifices made by the officers and men of the Pakistan Army and Frontier Corps as part of the national effort to eliminate the menace of terrorism and militancy,” ISPR quoted Kayani as saying on his farewell tour of the region.

Kayani’s buck-up words were significant given the recent controversy kicked up by Pakistan’s politico-religious parties like Jamaat-e-Islami, which claims that soldiers killed by militants are not martyrs—an honorific these parties reserve for mass murderers like Hakimullah Mehsud, the Pakistani Taliban chief killed in a drone strike on Nov. 1.

Addressing officers and soldiers at Peshawar Corps Headquarters, Kayani lauded the “dedication, professionalism, and high morale” of the troops. “He thanked each one of them for giving his best in meeting all contingencies—may it be operations, internal-security duties, reconstruction work or employment for calamities,” said the statement.

After six years as the country’s Army chief, Kayani is set to retire from public service on Nov. 29. Prime Minister Nawaz Sharif has yet to name a replacement. Another larger-than-life personality exits the national stage less than two weeks after Kayani does. Chief Justice Iftikhar Chaudhry is set to hang up his robe on Dec. 11.