Key Developments in the War on Islamic State 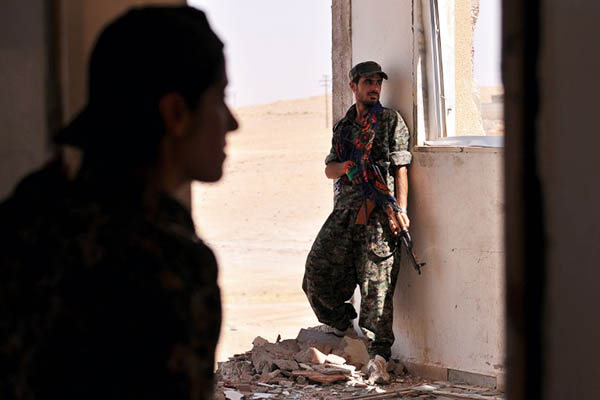 A timeline of the major events, thus far, in the global fight against extremist group.

The following is a list of the main developments in the war against the Islamic State group in Syria and Iraq since August 2014.

Aug. 8, 2014: U.S. jets strike I.S. positions in northern Iraq in response to an appeal from Baghdad, in the first American military operation in the country since troops withdrew in late 2011. Already entrenched in neighboring Syria, I.S. seized swathes of Iraqi territory in a lighting offensive launched in June 2014 marked by the frantic retreat of security forces.

Particularly exposed are Iraqi Kurdistan and Christian and Yazidi minorities.

Jan. 26, 2015: I.S. driven out of the Syrian border town of Kobane after more than four months of fighting led by Kurdish forces backed by coalition airstrikes.

On the same day, an Iraqi military official announces that the eastern province of Diyala has been liberated.

March 31: Baghdad announces the “liberation” of Tikrit, 160 kilometers north of Baghdad. Government forces backed by Shia militias retook Tikrit after a vast operation launched on March 2 against the I.S., which had controlled it for nearly 10 months. The battle was made easier by the fact that most of Tikrit’s 200,000 inhabitants had fled. The operation shed light on Iran’s role through its support for Shia militias and volunteers.

But in May I.S. takes Iraqi provincial capital Ramadi, and then Syria’s famed ancient city of Palmyra, a UNESCO World Heritage site.

June 16: Kurdish militia backed by Syrian rebel force and coalition airstrikes seize the key Syrian border town with Turkey of Tal Abyad from I.S., which had occupied it for more than a year. Tal Abyad was one of two main transit points on a key supply route to de facto I.S. capital Raqa.

The Kurds deny an accusation by Ankara that they are engaged in “ethnic cleansing” of non-Kurdish populations.

July 13: Iraqi troops launch a new ground offensive against I.S. in the western province of Anbar, with coalition air support, as they tighten the noose around the province’s two main cities, Ramadi and Fallujah.