Khalid Latif ‘Given Bat Grips by Bookie’ to Indicate Fix 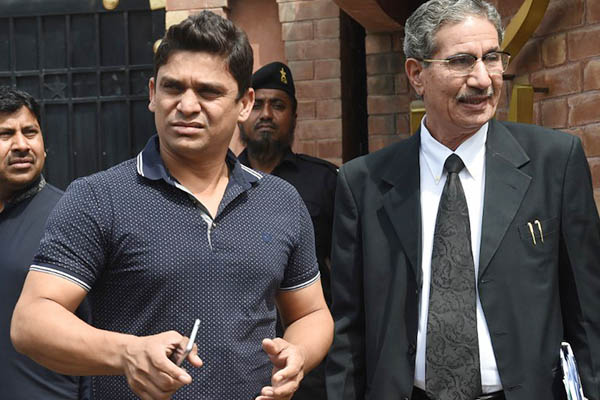 Batsman accused of attempting to spot-fix during PSL tournament, accepting an offer by a bookmaker and luring other players into conspiracy

The Pakistan Cricket Board on Friday said it had seized bat grips given to Khalid Latif by a bookmaker, which the Islamabad United opener was allegedly supposed to use to indicate he would participate in a spot-fix.

The 31-year-old batsman stands accused of attempting to spot-fix, accepting an offer by a bookmaker, which he did not report, and luring other players into the conspiracy. His case is currently being heard by a three-member tribunal convened to adjudicate on the scandal that emerged during the Pakistan Super League (PSL) tournament in the United Arab Emirates last February and March.

Fast bowler Mohammad Irfan and spinner Mohammad Nawaz have already been banned for six months with six suspended, and one month with one suspended, respectively and fined after they confessed to failing to report meetings with bookmakers.

Khalid and three other players—Sharjeel Khan, Shahzaib Hasan and Nasir Jamshed—are also provisionally suspended on various charges and face bans ranging from five years to life if found guilty. “One [piece] of … evidence is that we seized the bat grips that [a] bookie had given and they were seized from Khalid’s kit bag,” PCB lawyer Taffazul Rizvi told reporters.

Spot-fixing involves attempting to determine the outcome of a specific part of a match rather than the overall result, and is therefore harder to detect than match-fixing.

Khalid did not feature in Islamabad United’s opening game of the league, against Peshawar Zalmi in Dubai on Feb. 9 but is said to have passed on the grip to Sharjeel Khan. Khan is alleged to have played two dot balls—balls from which a batsman does not score—according to a pre-determined plan.

Rizvi added that Khalid had met the bookmaker twice but failed to report the meeting.

On Thursday the head of International Cricket Council’s Anti-Corruption and Safety Unit Sir Ronnie Flanagan told the tribunal that Britain’s National Crime Agency had provided the initial tip-off about fixing attempts in the PSL. Khalid’s lawyer Badar Alam meanwhile contested the neutrality of the tribunal on the grounds that one of its members was a former PCB chairman.