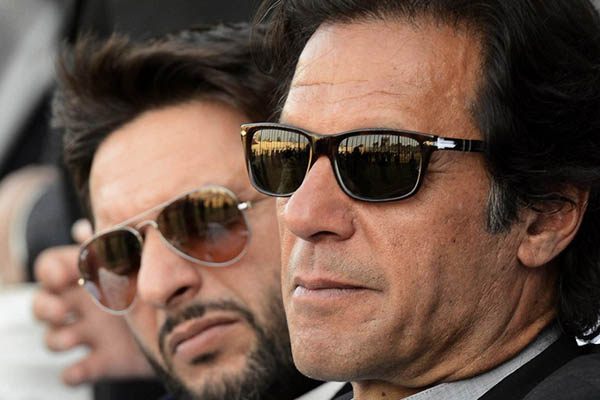 Cricketer-turned-politician says world cricket body should be made more productive for betterment of sport.

Imran Khan on Friday slammed controversial plans to reform cricket’s governing body, saying they would take the game back to the days of colonialism.

Moves to restructure the International Cricket Council (ICC) to hand power to India, Australia and England, the game’s financial powerhouses, were passed in principle during a board meeting on Tuesday.

Khan, who captained Pakistan to their sole World Cup win in 1992, said the proposals harked back to the days when England and Australia had effective right of veto at the ICC. “If I was the (Pakistan Cricket Board) head I would have strongly objected the new colonial system,” said Khan. “I think the answer is to make the ICC more productive for the betterment of cricket.”

No international cricket has been played in Pakistan since 2009, when militants attacked the visiting Sri Lankan team, and Khan warned the new proposals would hit his home country hardest. He said Tuesday’s meeting at ICC headquarters in Dubai reminded him of one he attended in 1993.

“Then India and Pakistan were on the same page and they fought to end the imperialism in the ICC and wanted it to be run in a democratic way,” Khan said. “It became democratic until India, because of its big money influence and supported by Australia and England, made it back to square one.”

PCB Chairman Zaka Ashraf went into Tuesday’s meeting saying Pakistan, Bangladesh, Sri Lanka and South Africa were united against the so-called ‘Big Three’ plans. He said the PCB’s Board of Governors would meet in Lahore on Monday to discuss the next move ahead of a second ICC meeting on Feb. 8.

“We are not against anyone, neither did we try to form any forward block, we just want to move with all members and the matter will be discussed on Monday,” Ashraf said at a press conference in Lahore. He also said he would seek guidance from Prime Minister Nawaz Sharif.

Khan, who played 88 Tests and 175 one-day internationals for Pakistan, said the game was in “genuine crisis.”

“There is a lack of quality in players, if you talk of spinners or fast bowlers or batsmen, and unless a correct mix is not found cricket will suffer,” he said. “The revenue is coming but money should not be decisive and that’s why the quality is suffering which is disastrous.”

If international cricket is going to be at the ‘mercy’ of just three countries, the rest of the countries would do well to stay out of the so called ICC and play cricket among them. Let the ‘big three’ have fun. This is game, not politics!