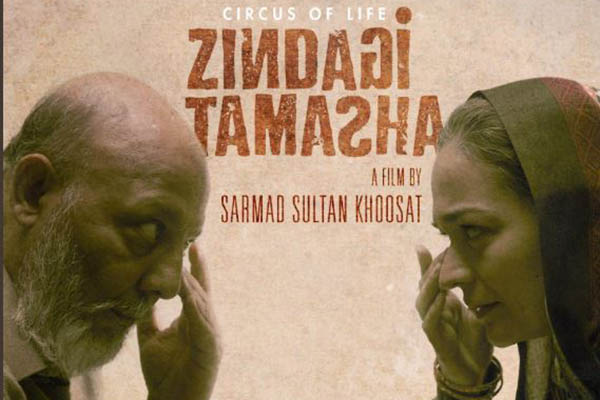 Khoosat Films Private Limited has filed a petition in Lahore against the Tehreek-e-Labaik Pakistan for attempting to prevent the public release of upcoming film Zindagi Tamasha.

A petition filed by Irfan Ali Khoosat, director of Khoosat Films, claims Labaik has been “trying to interfere into the smooth running, public screening/releasing” of Zindagi Tamasha (Circus of Life). It urges the civil court to bar the defendant’s threatening actions, noting that the film has been cleared by relevant censor boards and blocking its screening would be illegal and unlawful.

Zindagi Tamasha is a highly anticipated film from director Sarmad Khoosat, the son of Irfan. It is set for public release in Pakistan on Jan. 24.

In a posting on Twitter over the weekend, Sarmad alleged that he had been receiving threatening calls and messages over the film, and was considering withdrawing its release to avoid the backlash.

Addressed to “my beloved Pakistan and Pakistanis,” Sarmad’s letter takes pains to note that the movie is not meant to “hurt, offend or malign anyone.” It says that the story is about “a ‘good enough Muslim’” and does not mention any specific party or sect. “This is/was a film about a good molvi,” he said, adding it is an “empathetic and heartfelt story of a bearded man who is much more than just that.”

However, he added, he did not want “anyone to have the pleasure of BANNING my film because legally, officially and morally, no one can.” Noting that he was a recipient of the civilian Pride of Performance honor, Sarmad said he did not wish for his film to cause any protests or road blockages that would inconvenience people. In the end, Sarmad said that he would “leave this to my Allah.”

The Tehreek-e-Labaik Pakistan, meanwhile, has announced that it would stage a protest against the “blasphemous” film tomorrow (Wednesday) in Lahore. A spokesman for the party told daily Dawn that the plan was for firebrand cleric Khadim Hussain Rizvi to lead the protest from Data Darbar to the Punjab Assembly. “Local branches of the party will take out rallies in other parts of the country,” he added.

According to Labaik, the film’s trailer allegedly ridicules all aspects of faith and it has decided to pre-empt it to prevent its message from reaching the public. The spokesman has also claimed that the censor boards that have cleared it must explain how they cleared it for release.

Zindagi Tamasha, Sarmad’s second film, is a bilingual movie shot in Lahore and starring Eman Suleman, Samiya Mumtaz, Arif Hasan and Ali Qureshi. It depicts the story of a devout Muslim who has a secret passion for dance. A video of him dancing at wedding goes viral, resulting in chaos as his own children and neighbors criticize him and his actions. “[It] provides a calm and detailed picture of challenging issues, such as forbidden passions in a strict Muslim society and the search for the identity of an elderly man who gradually comes to realize his ‘minoritiness,’” adds the official plot synopsis.