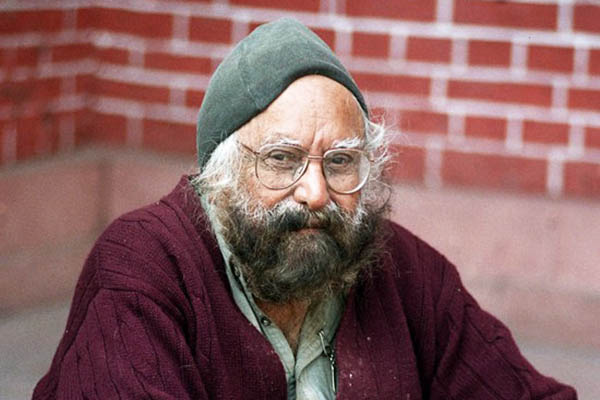 Indian author and journalist died at his Delhi residence.

Khushwant Singh, one of India’s best known writers who won fame for a searing book on the Partition of the subcontinent as well as his once-daring descriptions of sex, died Thursday aged 99.

Singh died at his Delhi residence, his son Rahul Singh said. “He was having some breathing problems. He hadn’t been too unwell in his last few days and had only stopped writing recently. He was still reading newspapers and books … was mentally alert, and led a full life,” Rahul told NDTV.

The country’s most prolific author, nicknamed King Leer for his legendary roving eye, was a household name who wrote more than 100 books and countless newspaper columns, including one called “With Malice Towards One And All.” In a 2005 interview, Singh described his passion for writing as “compulsive.”

“I don’t know what to do with myself if I don’t write, I have lost the art of relaxation,” he said.

Singh, a Sikh born on Feb. 2, 1915 in what is now Pakistan, occupied India’s literary center-stage for half a century with his novels—some in his early decades scandalized India with their sexually explicit scenes. He is best remembered for his historical novel Train to Pakistan, which recounts the tragedy and bloodshed of the Partition of the subcontinent in 1947 into India and Pakistan.

Singh, who penned his books and columns on yellow legal pads, became a writer relatively late. Born into a well-off family, he initially practiced law in Lahore. But Partition was the trigger for him to change professions. “I loathed the law. I thought I can’t waste my entire life living off other people’s quarrels,” he said.

After coming to New Delhi, where his father became a prosperous property developer, he entered the diplomatic service in 1947 but soon tired of this and became a journalist and writer. His philandering fame was mainly self-cultivated and he looked after his wife devotedly until she died of Alzheimer’s disease in her mid-80s. But a rakish reputation could still get him into trouble even late in life.

In 2001 he triggered diplomatic uproar when he pecked the Pakistani High Commissioner’s teenage daughter on the cheek at a New Delhi party when tensions between India and Pakistan were high. The high commissioner was recalled to Islamabad to explain what was seen in some Pakistani circles as a lapse in propriety.

Singh, famous for his insouciance, had penned his epitaph before his death. “Here lies one who spared neither man nor God / Waste not your tears on him, he was a sod / Writing nasty things he regarded as great fun / Thank the Lord he is dead, this son of a gun.”

Singh will be cremated in Delhi later Thursday. He is survived by his son, daughter and a niece.

My first brush with Mr. Khushwant Singh was through his book of short stories titled “Bride for the Sahib” It was excellent short story book. I was enamored by his wit and easy literary style. We also shared some traits in common, like interest in journalism , writing and social issues.

He attended the same institution the Great learning Place and Pride of Asia the Government College , Lahore. We happen to be Ravians a common thread of relation.

He led an active life , and passed away peacefully. He was a noted scholar . He enriched lot of lives and was a great role model. May God rest his soul in peace and eternal tranquility. The world lost a great man today.