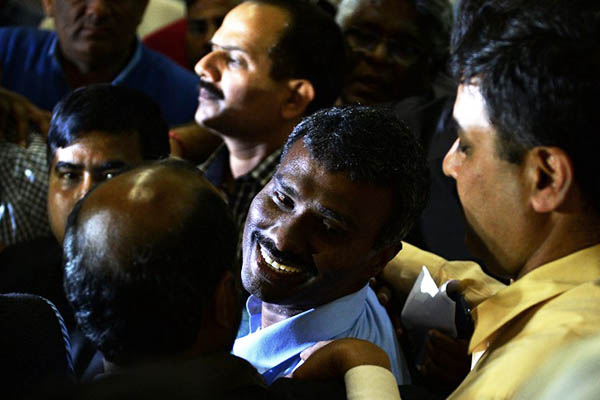 Alexis Prem Kumar was abducted while working at a school in Sohadat village.

An Indian priest has been freed in Afghanistan eight months after unidentified gunmen kidnapped him, Prime Minister Narendra Modi said on Sunday.

India has “secured the release” of aid worker Alexis Prem Kumar who was snatched in Afghanistan’s western province of Herat last June while visiting a school, Modi said in a series of tweets.

“Delighted at securing the release of Indian Jesuit priest Father Alexis Prem Kumar from captivity in Afghanistan,” Modi said. The premier said he has informed Kumar’s family of the priest’s “safe return” after being held for eight months, without giving details of the release or whether a ransom had been paid.

Kumar, whose family comes from India’s southern state of Tamil Nadu, had been working in Afghanistan for some four years before his abduction from the school in Sohadat village. He was working in the strife-torn neighboring country as director of international educational charity Jesuit Refugee Service.

An official at the Indian embassy in Kabul, speaking on condition of anonymity, said Kumar was “in good health, and in good condition.”

India’s foreign ministry, meanwhile, said Kumar “is now back in the safety of his homeland and arrangements are being made for him to rejoin his family soon.”

“The matter of his release has been pursued by our leadership, including at the highest levels the prime minister,” the ministry said in a statement.

Kumar’s family said they were overjoyed and relieved after hearing the news. “We do not have words to express our joy. We have been praying for the last eight months for his release. It is a very good moment. Our prayers have been answered,” Kumar’s younger brother John Joseph told the Press Trust of India news agency.

The kidnapping last year came soon after an attack on the Indian consulate in Herat in May by four heavily armed gunmen, who were repelled by security forces. The consulate assault was the latest in a series of attacks on Indian targets in Afghanistan.