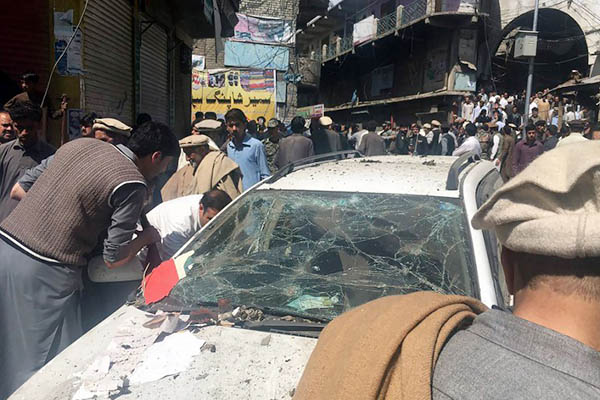 Can the merger of the tribal belt with Khyber-Pakhtunkhwa province stem the region’s sectarian divide?

Firing, followed by a suicide blast in Parachinar, the headquarters of Kurram Agency, killed 22 and wounded 57 others on March 31. Apart from the rote condemnations that litter local media after every terror strike, there was little reaction; Pakistan has become inured against mayhem in this luckless land due to a steady incidence of massacres arising from its border linkages to Afghanistan and an explosive population mix.

Parachinar is a Shia-majority region surrounded by Sunni tribes subject to the tyranny of the Sipah-e-Sahaba or, as its known now, the Ahle Sunnat wal Jamaat (ASWJ). Sipah-e-Sahaba came into being in 1980s Punjab thanks to Arab funding for the Shia-hating Maulana Azam Tariq. Now, the ASWJ in Kurram appears to want to distance itself from its terror past—likely under pressure from the Army-led Operation Radd-ul-Fassad—and has officially condemned the Parachinar strike.

Kurram’s troubles were inherited by Pakistan as a result of Afghan war. The conflict resulted in lax administrative control over the tribal areas, with Sunnis joining the anti-Soviet offensive as mujahideen and the Shia abstaining. As those “warriors” returned to their homes, the lower Kurram Valley was overrun by anti-Shia elements, who also spilled into the neighbouring Orakzai Agency, from which many militants have now reportedly joined the Islamic State group.

Shia massacres in Parachinar began in 1986 when Pakistan-supported “mujahideen” felt hampered by the Parachinar Turi Shias. Then-leader General Zia-ul-Haq allowed the Sunni Afghan mujahideen to “purge” the Turi Shias of Parachinar in conjunction with the local Sunni population. That’s how the current unrest began—with state backing—and has yet to abate.

The coming merger of the tribal agencies with Khyber-Pakhtunkhwa province launches a new chapter in the history of the region—one that will hopefully enable the administration to stop this steady bloodletting.