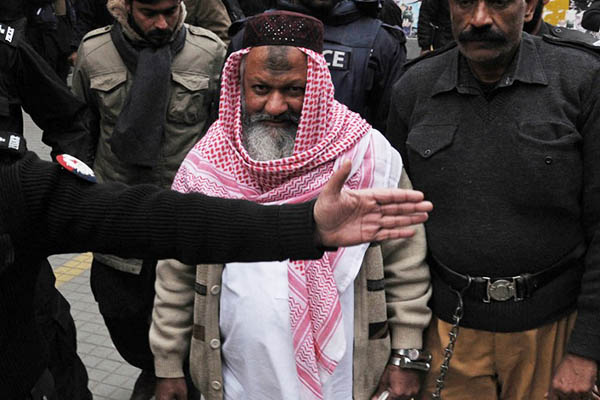 Jhangvi chief Malik Ishaq’s death is not a strategic turn.

Malik Ishaq, leader of the terrorist Lashkar-e-Jhangvi group, was killed on July 29 in a “police encounter,” which also claimed, says the Counterterrorism Department’s Multan detachment, 14 of his cohorts. Going by sources within the police, Ishaq’s killing is the culmination of a yearlong debate within the establishment on whether Ishaq was more useful dead or alive.

Those in favor of keeping Ishaq alive argued that his death could cause a major sectarian backlash. Alive, he could be kept in check, and he could keep his boys in check. While people with no idea of intelligence and police work simply fail to understand such usefulness, practitioners know better. On the other side, it was argued that Ishaq could not really be pinned down in and through the justice system—he had shown his reach by getting witnesses intimidated or killed—so it was important to signal resolve as part of the National Action Plan. The choice was between facing and preempting a backlash with a dead Ishaq or living with the constant threat of attacks from his deadly organization.

What next after Ishaq’s killing? How will his death impact the sectarian menace that has had Pakistan in its grip since the 1980s and is also unfolding in the broader Middle East region? How does this killing affect the exercise of ‘exception’ by the state in circumstances that are exceptional and, therefore, cannot or must not be hampered by the normal exercise of law?

It can be argued that Ishaq’s death is an important signal to sectarian terrorists. It can also be argued that, regardless of anything else, Ishaq should have met his end a long time ago. This is the moral-normative argument and it cannot be faulted per se. But terror leaders do not really matter in this fight because sectarianism is embedded not just in the history of Islam but also in how belief and its practice have evolved. This has significance in evolving counterterrorism policies because it means that capturing and killing leaders may not be a sufficient condition in bringing the task to an end. Activists are not following their leaders in the sense of pursuing a manmade ideology. The leaders are as much bound by the dictates of ideology as those they lead. In fact, their authority is grounded, in addition to other attributes, in how sincere they are to the ideology that sways them and their followers.

This is not the same situation as Sendero Luminoso in Peru, the Maoist movement that began to unravel once Peruvian security forces captured its leader, Abimael Guzmán, and showed him to be a mediocre clown. While Guzmán did expound a Maoist approach, the Shining Path ideology was manmade and with the degradation of leadership, Peru saw the movement come apart. Degrading terrorist leadership has impact, but, as we have seen elsewhere in the Muslim world, it offers only minor reprieve. The problem runs deeper and is innate to Islamic history and its many ideological and exegetical battles. What makes it worse is that it is unfolding in a modern context at a time when the international security architecture is increasingly coming under pressure from multiple challengers.

So while Ishaq’s death is significant in terms of what the state wants to do or is required to do, it would be simplistic to consider it a strategic turn in the fight—or the beginning of the end of the sectarian menace in Pakistan.

The second aspect of Ishaq’s end deals with creating an ‘exception.’ An exception is just that, an act that is supra law, though law often can provide the space for its own absence. But the fact is that a state exercises ‘exception’ to restore its sovereignty regardless of who it kills and how. The people, on the other hand, like to cherry-pick on the basis of who they would like to see killed. If the one they want wasted is ‘encountered,’ they are fine with it; if not, they will invoke the law. A good example will be Jhangvi and Baloch terrorists.

This is akin to drawing from the utilitarian and the absolutist arguments at one’s convenience. The comments on Ishaq’s death betray this convenience amply. One might not agree with the real absolutists but one respects them for the consistency of their argument. If Ishaq has been encountered, it is unacceptable and there should be an inquiry. The same principle applies across the board to everyone, from a common citizen to terrorists. One can live with that, despite disagreeing with the absolutism of that argument, but not with the cherry-pickers.

Haider is editor of national-security affairs at Capital TV. He tweets @ejazhaider From our Aug. 8-15, 2015, issue.

You seem to contradict yourself. At the start your point of view is that there could have been an exception made for Ishaq and even though he was a terrorist he should not be killed. Secondly you say there should be no exception and who ever is killed (how ever evil he may be) in an encounter there should be a thorough investigation. I believe only on one thing: justice has to be done no matter who and what is involved.

I would disagree with you on the doctrine of the sectarian mechanism, as I believe eliminating the top menace weakens the ranks. Besides characters like these act as catalysts in cooking the sectarian broth. They mind wah youngsters in killing innocents. These weeds should be uprooted at the earliest, before the whole garden is spoiled.

I don’t seem to convince myself with the arguments of the writer, I mean, its good to see that he has put the example of another country’s failure with the mechanism to deal with such kind of personalities/leaders but right now we need to find out the similarities (or most importantly, otherwise) of the circumstances with those of that country. We need to keep in our minds that the war we are fighting is, first of all, not a conventional war and the enemy is not an organized army (wearing a uniform where you can identity them so easily and kill). I believe, in taking care of the security matters in such exceptional circumstances where the very existence of your survival wholly depends on the only option of winning, you don’t need to be worried about ‘how’ to keep the ball rolling. The circumstances of our country warrant the application of such methods as with LeJ chief.

Extremely absurd piece of writing. Sadly the author has no idea what kind of messeage he wants to deliver. Seems like the artile is written just to get more click’s as the topic is very much trending in Google trends.