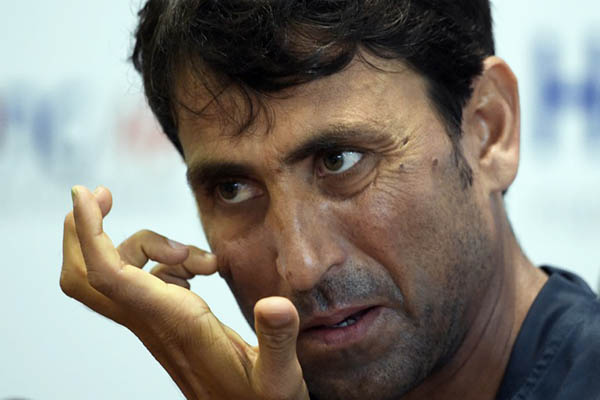 Senior Pakistani batsman Younis Khan on Tuesday delivered players’ kits and a financial donation from the New Zealand cricket team to the child survivors of Pakistan’s worst ever terror attack.

Khan visited the Army Public School in Peshawar where Taliban gunmen slaughtered 150 people on Dec. 16, the vast majority of them children, where he met officials and some of the students. He also visited some of children injured in the massacre as they continued their recovery in a local hospital.

“All the players from Pakistan and New Zealand were shocked and hurt by the incident,” said Khan of the Taliban attack. “Only those who suffered the losses can understand the impact of this tragedy,” he said during the visit.

The attack earlier this month shocked the world, and prompted Pakistan’s political and military leaders to vow decisive action to stamp out militancy.

Khan said New Zealand captain Kane Williamson and team manager Mike Sandle met him after the fourth one-day international between the two teams in Abu Dhabi to hand over the kits and the financial donation. “Since the amount is a donation I can’t disclose it, but it shows their grief and sentiments towards the schoolchildren,” he said.

Sandle in a letter also expressed sentiments of his players. “We extend our deepest grief and hope that the cricket kits and a small amount will help in a small way towards rebuilding your school and community,” the letter said.

Kane Williamson made huge fans in Pakistan due to his bating prowess….This gesture will go a long way in Pak Newzealand friendship. We really appreciate your support!!