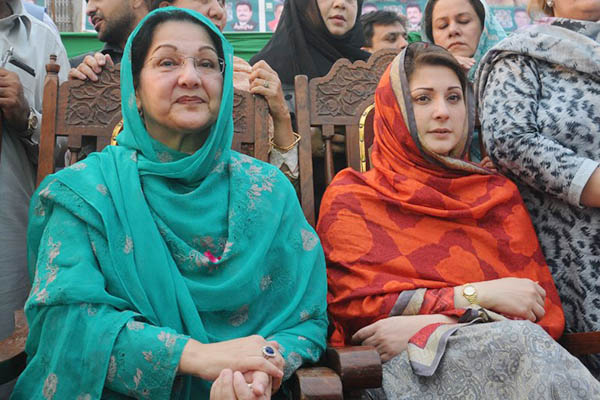 The Supreme Court sacked Sharif after an investigation into corruption allegations against him and his family, making him the 15th prime minister in Pakistan’s 70-year history to be ousted before completing a full term.

Nomination papers for Begum Kulsoom Nawaz were submitted in Lahore for the NA-120 constituency by her son-in-law, according to a PMLN official. She will face off against the Pakistan Tehreek-e-Insaf’s Dr. Yasmin Rashid, who also submitted her nomination papers on Friday.

Kulsoom, who has been married to Sharif for 46 years, has largely stayed out of politics. But when Pervez Musharraf arrested her husband in a coup in October 1999, the former first lady led the movement for him to be freed before the family was exiled to Saudi Arabia.

Within days of Sharif’s ouster the PMLN nominated former oil minister Shahid Khaqan Abbasi as a new prime minister. He was originally seen a placeholder for Sharif’s younger brother, Shahbaz, who is chief minister of Punjab. But reports this week said the party appeared to be backtracking on the succession plans announced by Sharif, saying the PMLN would likely keep Abbasi in place until next year’s general elections.