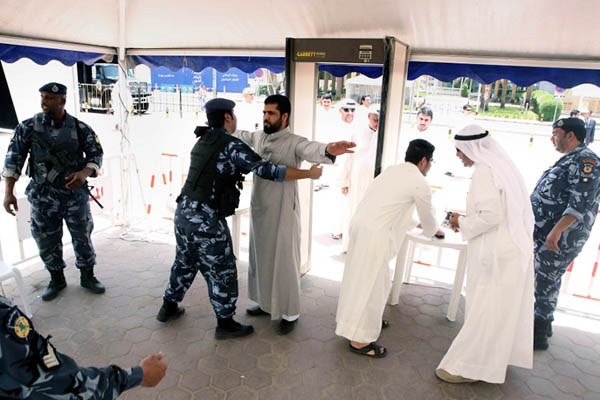 The Gulf state of Kuwait, hit by the worst suicide attack in its history last month, decided on Monday to set up a permanent committee to fight “terrorism” and extremism.

At its weekly meeting, the cabinet “decided to form a permanent committee to coordinate between various bodies to ensure security and fight against all forms of terrorism… and extremism,” a statement said.

A Saudi suicide bomber blew himself up in a Shia mosque in Kuwait City on June 26, killing 26 worshippers and wounding 227 others in an attack claimed by the Islamic State jihadist group. The interior ministry has arrested more than 40 people in connection with the attack and referred them to the public prosecution for legal action.

The cabinet statement said the new committee would also work to drain sources of “terror” funding and intensify awareness programs. It said the move came after the recent surge in terrorism.

The interior ministry has said two Saudi brothers arrested by police in Saudi Arabia transported the explosives into Kuwait. It said they delivered the explosives to Abdulrahman Sabah Eidan Saud, a stateless Arab who passed them on to the suicide bomber and drove him to the mosque.

An I.S.-affiliated group calling itself Najd Province claimed the Kuwait bombing and also said it carried out two suicide attacks at Shia mosques in neighboring Saudi Arabia in May. I.S. considers Shia Muslims to be heretics and has targeted them across the region.